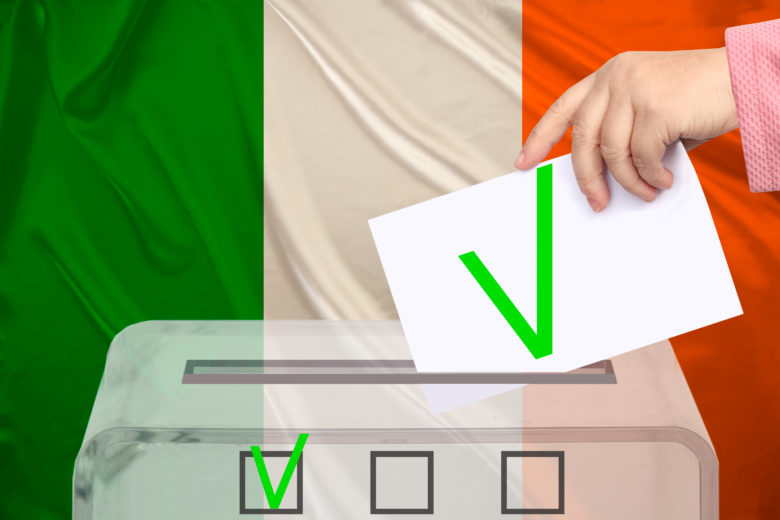 May 3, 2020
messaging, Storytelling, UncategorizedComments Off on “A rational conversation without lecturing” – How Irish feminist activists repealed constitutional ban on abortion?

With the global strengthening of the far right and policies advocating patriarchal patterns, for the last ten years we have witnessed a time in which women’s rights have been first on the strike.
This is especially the case in the US, where states are practically or literally banning the abortion procedures.
But there are other positive examples testifying to the trend going in the opposite direction. A trend that ranged from outright ban to majority acceptance of abortion as a women’s right.
It’s Ireland. How has the public managed to make this shift in three decades?
Irish activists Alibha Smyth and Tara Flynn recently spoke about the experience at Brave New Words.

Let’s take a look at what it looked like thirty years ago. The Eighth Amendment of the Irish Constitution has banned abortion since 1983. The women married learning that the embryo was a human being and that protected sex is virtually a sin. This situation led women to secretly go to the UK to have abortions, and have been acquiring contraceptives illegally, via Internet. 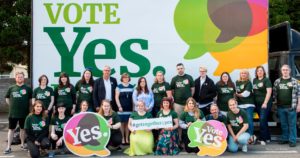 In 2016, Irish government summoned the so-called civic assembly, consisting of 99 members from different social groups, for the purpose of reviewing existing abortion measures.
And brave activists advocating women and reproductive rights gathered around the slogan Together for yes!
The result of the referendum is known – in 2018, over two-thirds of voters repealed the amendment.

How is this success explained?
Interviewees began the answer with one simple sentence that actually drives the essence – We listened to the target group.
Activists went out among the people, asked them what they thought, if they had any knowledge of it. They communicated, debated, talked.
And, based on the dialogue conveyed, they realised that they did not want harsh messages. That in the thirty years that the amendment existed, there was no room to articulate nor debate such issues.
This is why activists have decided to frame the issue of abortion so that it is seen in the light of the everyday life and the regular problems that the average Irish woman faces.
It was rational conversation, no lecturing, no imposition.

Activists also estimated that the abortion campaign would be striking and rounded if there was a personal stamp.
And there was the courageous Tara Flynn who spoke publicly about her experience of illegal abortion in Britain. Because she is already a popular face and a prominent TV and radio presenter, she talked about her experience in a humorous and personal manner, without condemnation, presenting that reproductive rights do not exist because of the whim but that they are an urgent need of all women.

An interesting lesson, but also an important incentive for all the activists around the worlds thinking that attitudes seemingly remain carved in stone and things are hard to change
On the contrary, Ireland shows that attitudes can change upside-down!
In a community dominated by deeply-entrenched religious doctrines, change came with a message entailing dialogue and discussion, in a non-intrusive fashion.
It seems simple, but experience shows that openly confronting an opinion with a contrary opinion is a very demanding job!
But, after all, in the case of Ireland, we can conclude that it has produced remarkable results.

« What is a handraiser ? And how can it help you win more supporters?
Webinar recording – Let’s FUNdraise for solidarity ! »