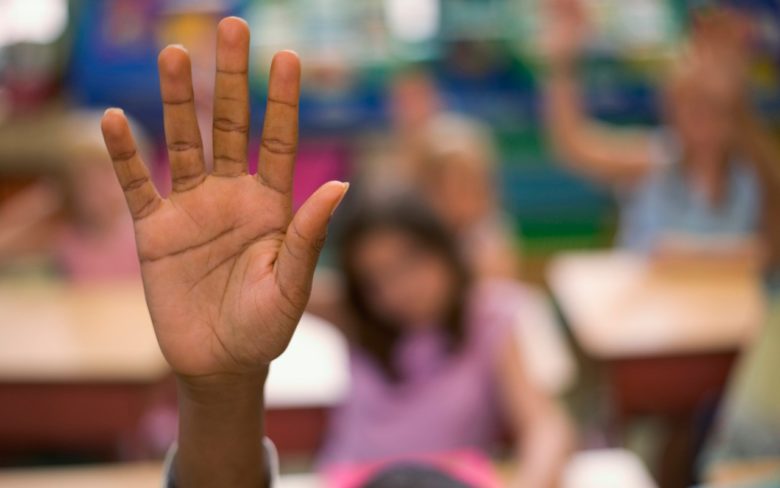 What is a handraiser ? And how can it help you win more supporters?

Handraisers are forms of engagement which ask visitors to add their name in support of a values statement or policy, without an explicit target like a petition.

How can your organisation make the best use of handraisers? This interesting article from Forward Action UK share precious advice

Handraisers with an action daisy chain, promoted by Facebook ads

We find that petitions and handraisers (which ask visitors to add their name in support of a values statement or policy, without an explicit target like a petition – examples from some of our partner organisations here and here) are usually the most cost-effective way to rapidly recruit large numbers of supporters, who you can then re-mobilise via your email programme. Crucially, they can also be very effective at driving people to take a higher bar action (such as donating or messaging an advocacy target) on the thank you slide, straight after signing – provided you’re using technology with an optimised action daisy chain (example here). We’ve worked on projects where the organisation has recouped as much as 50-70% of their ad spend immediately through the daisy chain donate ask.

If you’re also running direct-to-donate ads, the handraiser Facebook ads should be directly tested against them, as both sets of ads will be targeting similar cold audiences. If your primary goal for both sets of ads is fundraising, you should compare their lifetime return on ad spend (ROAS – i.e. the ratio between ad spend and lifetime income received) and use this to decide how to allocate your budget. You’ll need to give it a couple of weeks of equal spend to give time for people to get to the end of the welcome series (see below) before making your decision.

Unless the ROAS of the direct-to-donate ads is significantly higher, we’d typically suggest prioritising handraiser ads, because they have the big advantage of delivering much greater email list growth (which you can turn into many more high value actions down the line). If the goal of your handraiser ads is primarily advocacy, then you’ll need to manually balance spend against the direct-to-donate ads to ensure both ads sets are able to deliver their goals.

Draft a four-to-six email automated welcome series to be sent to everyone who signs up via the handraisers. We find including a welcome survey in your first email, ending with a high value advocacy ask or donate ask, is a really effective way to both drive high levels of engagement (40-60% of email openers click through to take the survey) and generate high value actions. Including the first question in the email itself dramatically increases action rates – we’ve seen by as much as 100% in testing. Here’s an example from Dignity in Dying: After this, each email in the series should contain a single high priority advocacy or fundraising ask. When it comes to planning emails, people often assume they “can’t ask too much too soon” or need to warm up the new supporter with some passive content before asking them to do anything else. However, the data we see suggests in fact the opposite is true: people are most engaged and motivated to take action soon after they’ve signed up, and it’s giving people things to do that feel valuable and impactful that keeps them engaged longer term. You can still tell a story about your organisation in these emails – just do it by bringing the supporter and the impact their action can have into the centre of the narrative.

Optimise your opt in ask format and copy

Getting your opt in ask working well is essential to running a cost-effective handraiser campaign. You should be aiming for a benchmark of 50 – 65% opt in rate; anything lower than that and you’ll start to substantially increase your cost per subscriber from your handraiser ads and reduce the number of high value actions and donations you’re driving through your email programme.

As with donation technology, having an optimised user experience for your handraisy action daisy chain has a massive impact on performance. For example, we’ve found adding a Yes/No ask between the signup and donate/share slides increases donation rates by as much as 50%, while adding a “Signed -> Shared -> Donated” progress bar increases people donating as well as sharing by 40%. So if you’re going to be driving increased traffic over the coming months, it’s worth investing in getting your handraiser tech in order now to make sure you’re not missing out on significant numbers of actions or income. If you think this is relevant for you, get in touch and we can discuss getting you set up on our Blueprint handraiser platform as soon as possible.

« 10 boxes your digital activism must tick
“A rational conversation without lecturing” – How Irish feminist activists repealed constitutional ban on abortion? »