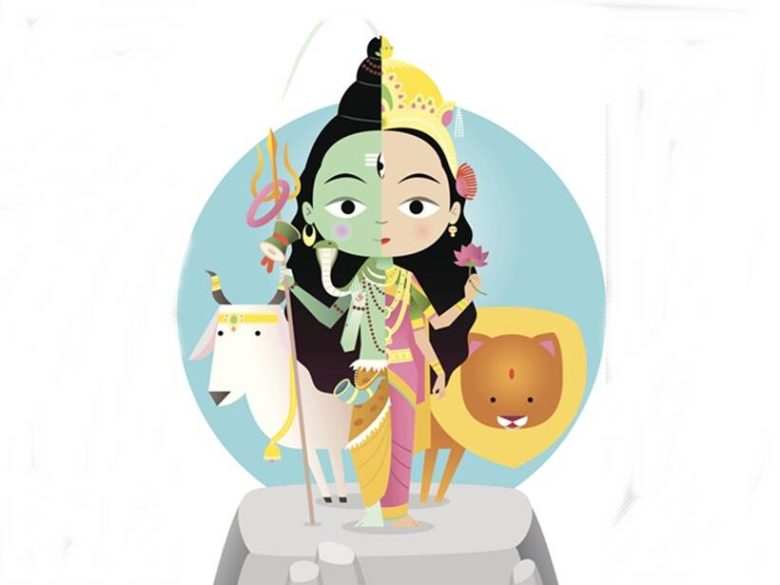 August 30, 2020
StorytellingComments Off on Storytelling: LGBT themes in Hindu mythology

The Article appeared first at The Indian Express

Agni, the god of fire is married both to the goddess Svaha and the male Moon god Soma with Agni having a receptive role in this relationship.

Hindu mythology, through evolved heroes and instances, has displayed elements of gender variance and non-heterosexual sexuality. When we see it in the context of the current laws against homosexuality, based on colonial laws, it shows that it resisted sexual norms and the commonly perceived gender binary. Spoken more subtly than directly, changes of sex, homoerotic encounters, and intersex or third gender characters are very often found in the epics, the Puranas and regional folklore.

While the reproductive connection between man and woman has always been honoured, homosexuality and LGBT themes have been documented through ancient literature and folk tales, art and performing arts alike. Essentially because gender is often seen as an idea, a belief, a conviction, the sweep and scale of which can be seen through the diverse characters, each extraordinary and unusual.

Mohini is the only female avtaar of Vishnu, who exhibits gender variability, in one case even becoming pregnant (Vishnu as Mohini and the Preserver even procreates with Shiva, the designated Destroyer to give birth to Lord Ayyappa). Each time Vishnu, in his role as the protector of the universe, took the feminine form of the divine enchantress Mohini, the world got saved. Vishnu becomes Mohini when gender-adaptability (here it’s not masculinity but femininity)  is called for, to solve a problem. Beyond the role of the saviour, the implications in dual-genderism and fluid sexuality is more analogical, wherein in each person lies in the male and the female.

Aravan, a god for the transgender community

Vishnu in his incarnation as Krishna in the Mahabharata, becomes Mohini to marry Aravan/Iravan, son of Arjun and the Naga princess Uloopi. Selected to be sacrificed for the Pandavas’ victory in the Kurukshetra war, Aravan has one last request, that of not wishing to die unmarried. As no woman comes forward to marry him, Krishna takes the form of Mohini, weds him and after Iranvan’s death, is seen as a hero’s widow. This folk tale expands where Aravan is considered a patron god of some transgender communities in the country today.

Shiva has often been held as the ultimate embodiment of masculinity, but his Ardhanarishvara form is an androgynous composite of Shiva and goddess Parvati, his wife. Parvati wished to share Shiva’s experiences, and thus wanted their physical forms literally to be joined to show that the inner masculine and feminine coexist and can coalesce.

A similar union occurs between Lakshmi, the goddess of wealth and prosperity and Vishnu, her husband Vishnu, forming the hermaphroditic or androgynous Lakshmi-Narayan.

Shikhandi, the warrior in the Kurukshetra war was born Shikhandini, the daughter of King Drupada. Said to be Amba reborn to exact her revenge on Bhishma, she is raised as a son by Drupada. In one story, Shikhandini as a girl discovers the garland of ever-blooming blue lotuses hung on the palace gate and puts it around her neck. Drupada panics and banishes his daughter, out of fear that he would earn Bhishma’s wrath and become his enemy. She performs austerities in the forest and is transformed into a male named Shikhandi.

In another story, she gets married to the princess of Dasharna who upon discovery, complaints to her father that her husband is a woman. Shikhandini flees to the forest and meets a Yaksha who exchanges genders. Taking the name Shikhandi, he remained a man until his death at the battle of Mahabharata. In some versions of the story, the sex swap results in Shikhandi being a eunuch. But whatever the gender, Shikhandi is seen as a brave warrior responsible for the death of Bhishma.

Agni, consort of the Moon god

There are several instances of homosexual or bisexual activity not always for deriving sexual pleasure. Agni, the god of fire is married both to the goddess Svaha and the male Moon god Soma with Agni having a receptive role in this relationship. Interestingly, another aspect of this story as advocated by ancient rishis was that there were two elements, fire (agni for sun) and water (soma for moon), determining the gender of a child.

Similarly, Mitra and Varuna, are gods of intimacy are often mentioned together, both presiding over the universal waters: while Mitra controls the ocean depths, Varuna rules over the rivers and shores. Portrayed as icons of male affection, they are depicted riding a shark or crocodile together or sometimes seated close on a golden chariot drawn by seven swans. Metaphorically, they are associated with the two lunar phases with Varun, as the waxing one and the waning one is Mitra symbolising the same sex relations. They are said to have children (Rishi Agastya and Rishi Vashisth) through a yoni with the apsara Urvashi, something akin to having children through surrogacy.

Besides holding a prominent position in Hindu astrology as the planet Mercury, Budh also represents a prototype of gender roles. Rishi Briahspati, when he discovers his wife Tara pregnant with the child of her lover Chandra, curses the child Budh to be neither male nor female. Budh later on marries Ila, also cursed to switch genders every month because she trespassed into the forbidden Sharavana grove of Parvati and Shiva. Their children later established the lunar Chandra-vamsa, dynasty of kings in the Mahabharata.

Gender fluid Arjuna and the story of Bhagiratha

Arjuna, too, receives a curse from the apsara Urvashi when he spurns her and the Pandava prince has to live his exile for a year as the eunuch Brihannala, the dance tutor to Princess Uttara of the Matsya kingdom. King Bhagiratha is said to be responsible in bringing Ganga from heaven as a river on Earth. Born to two mothers, the widowed queens of King Dilipa, his birth is considered a blessing and was socially approved.

The homoerotic subtext and other abovementioned instances and characters, operate within a distinct worldview yet accommodating gender and sexual variance, generally accepted and woven into the narrative of the epics and the ancient texts as typically occurring or done.