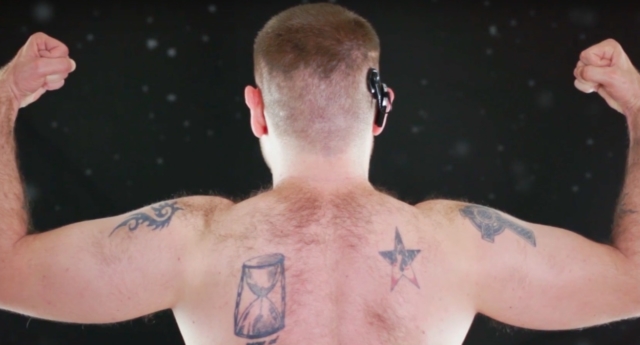 Filmmakers Owl and Fox Fisher have launched a new campaign celebrating the bodies of trans and non-binary people.

The body-positive initiative is part of the couple’s ongoing film project My Genderation, which has been running since 2012, and invites trans people to share selfies using the hashtag #MyTransBody on social media.

The campaign seeks to proudly showcase trans and non-binary people’s bodies against an environment where they are often made to feel ashamed for the way they look because they are not cisgender.

Speaking to PinkNews, Owl said: ” #MyTransBody is a campaign we created at My Genderation to celebrate trans bodies. Trans people are often taught to feel a lot of shame about their bodies, and we are held up to impossible standards of looks and expression.

“The narrative is always that if you ‘look trans’ then that’s a bad thing and we should all strive to look like cis people. It’s time we celebrate what makes us trans, in all our diversity, shapes and sizes.”

Those wanting to get involved in the campaign can create their own #MyTransBody photos using an image generator: http://mygenderation.com/image-genderator/.

Fox told PinkNews: “We wanted trans people to celebrate themselves—regardless of what journey they take, whether that means taking no hormones, no surgeries, having hormones, having surgeries, or whatever fits their identity and expression.

“There is no wrong or right way to be trans, or to be a person in general. Our bodies are beautiful, regardless of cultural norms and trans people should be shown love and respect for their journey, and be allowed to feel good about themselves and their bodies.”

My Genderation has also posted a video on YouTube about the campaign.

Watch the video below:

Fisher added: “Having #MyTransBody trend on Twitter and to see so many contributions from people globally makes all the hard work worthwhile and goes to show that together the trans community can come together and celebrate each other in all their diversity.”

Twitter users have already joined in on the initiative.

Jake Edwards, a musician, posted on Twitter: “#MyTransBody I’m making my body the home it’s meant to be, and decorating the walls to make myself happy. I don’t want your approval, I don’t need your opinion, I know I’m beautiful and that’s more than enough.”

Twitter user Spooky Ashley, a non-binary trans woman, wrote: “#MyTransBody is beautiful. I wasn’t born in the wrong body. I refuse to hate my body in order to fit cisnormative norms. I don’t need bottom surgery to be a woman. I love my genitals. I don’t have a male body. My body is female and nonbinary because I AM a nonbinary trans woman.”

Squish, a genderqueer trans girl, wrote on Twitter: “#MyTransBody is valid even if I haven’t started HRT yet. I may not be binary but I’m trans as all hell.”

Singer-songwriter Ryan Cassata tweeted: “#MyTransBody is valid in a suit or half naked. I’m man enough. I’m trans enough regardless of the process of my medical transition, or my androgyny.

“My trans body has a brain & heart that is passionate about so many things like music which makes me more than just my trans body.”