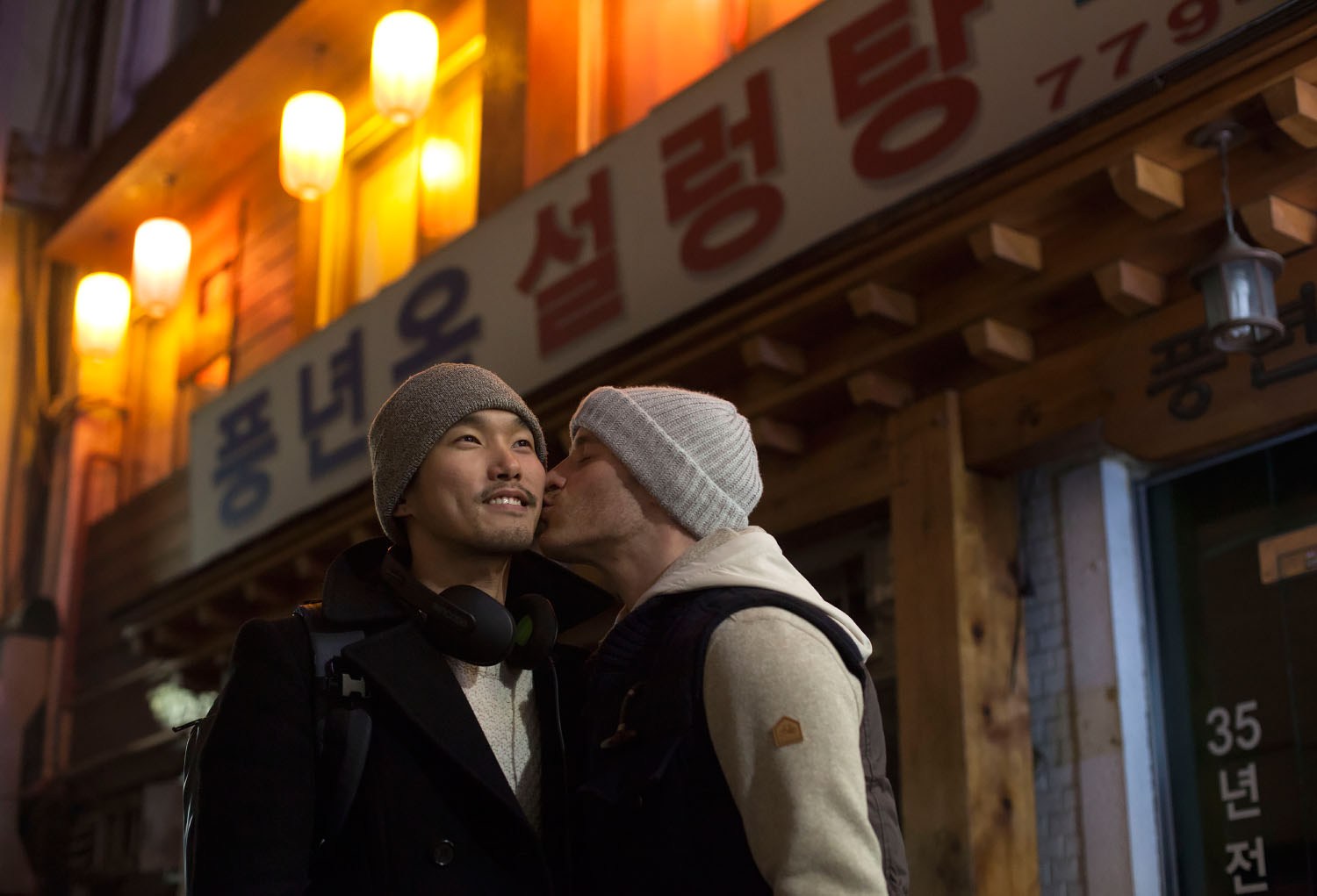 The Gay Men Project is a personal project by New York based photographer Kevin Truong. It is one of the single, largest collections of photographs and stories of gay and queer men in the world. With over seven hundred subjects photographed across 90 cities, 37 countries, and six continents, Truong has photographed a wide diversity of subjects, including the first openly gay member of Congress in Peru, members of Parliament in Brazil, Switzerland, and Australia, HIV outreach workers in South Africa, a retired Justice from the Australian High Court, even a prince in India. 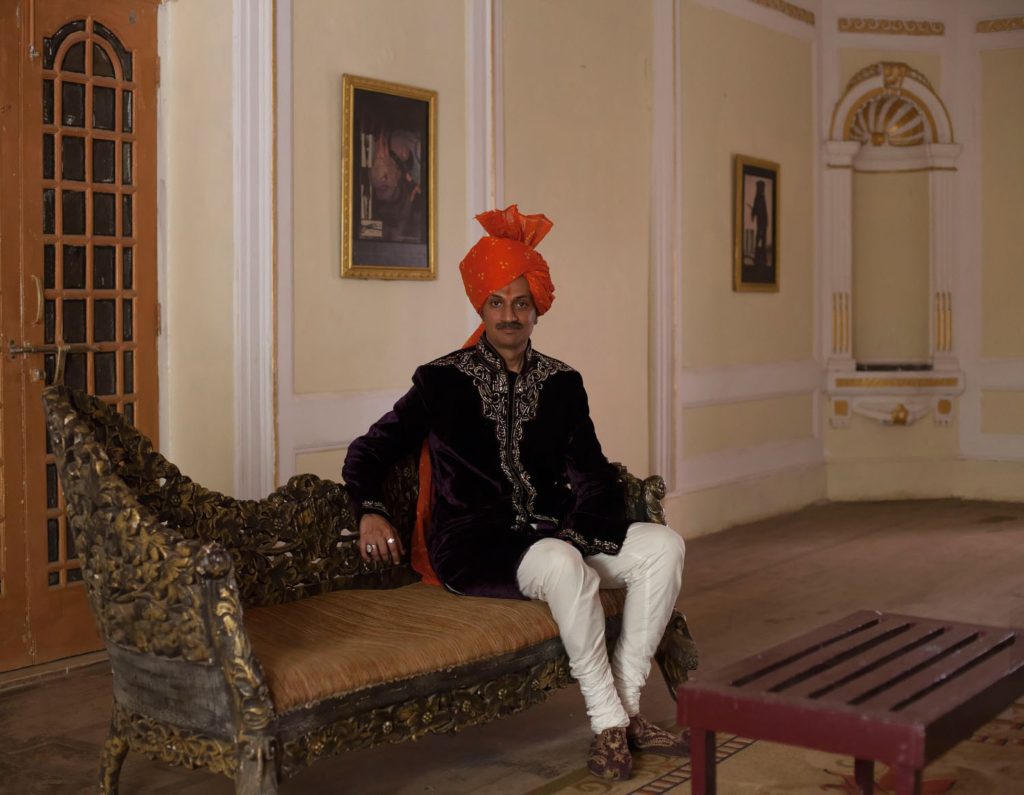 Kevin, what made you decide to address the issue of gay men visibility?

I think sharing our stories is the best way to fight bigotry. I think achievements like marriage equality or an increase in representation in the media are definitely positive signs of progress, but I think it is important to understand that the lived experiences of many LGBTQ individuals can still be a struggle. And also, it’s important to recognize that while things are progressing in some places, in many other places things are getting worse for the LGBTQ community. And having been to 37 countries for the project, the Gay Men Project is truly a global work.

Which allies did you identify to set up this project?

This project is an entirely person driven project. I first started with my personal network–friends, classmates, colleagues–to help me find people to photograph. And as the project progressed, and especially as I started to travel, I reached out to different community based organizations, as well people with large platforms–for example elected officials.

Did you faced any criticism from within the LGBT community? How did you overcome it?

Criticism is important, it helps things progress. Some of the criticism was productive, other times not. But I always accepted it, and when possible, I used it to help make the project better. For example, when I started the project I was mostly relying on my own personal network to find people to photograph. The result was I wasn’t photographing a lot diversity with regards to things like age, or socio economic level. That was a legitimate criticism, and helped force me to reach out and actively seek the diversity I was looking for. 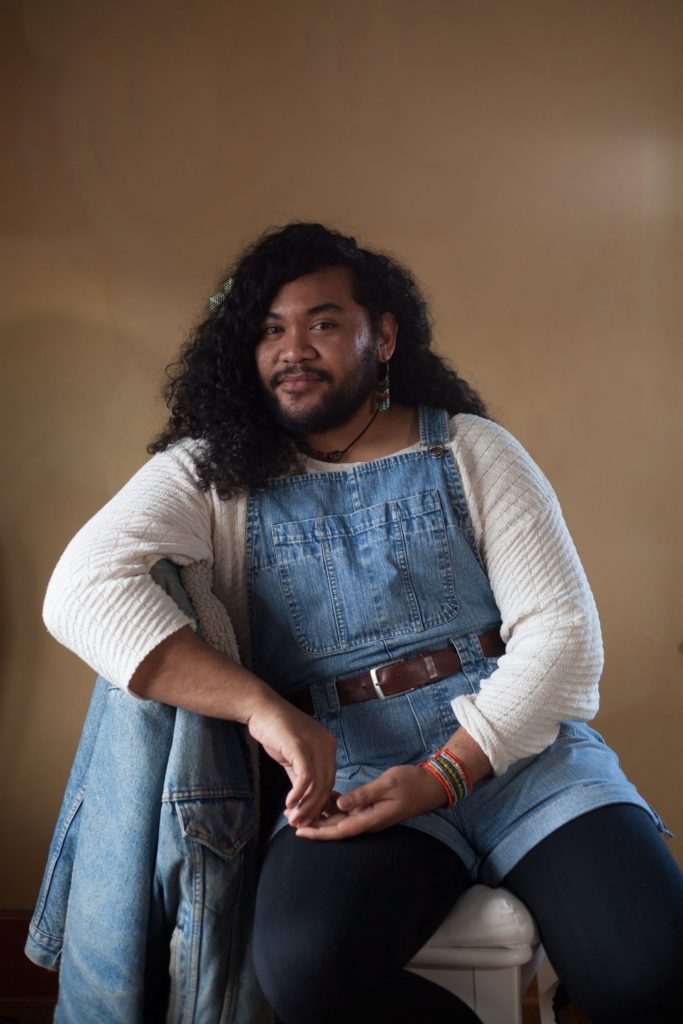 Did you worked with any grassroots organizations to find gay men across the world to participate from your project?

Yes, as I was traveling to different countries where I had never been before, or had no established network, it was important for me to reach out to community based organizations that did work with the LGBTQ community to help connect me with individuals to photograph.

Did you managed all the project alone or you received external support?

I started the project, but as mentioned, it was people driven. For the first two years, I funded the project on my own, but then I was able to run a successful crowd-funding campaign where I was able to raise $33,000 in thirty days from 607 supporters. This helped me focus my time entirely on the project and travel for one year. 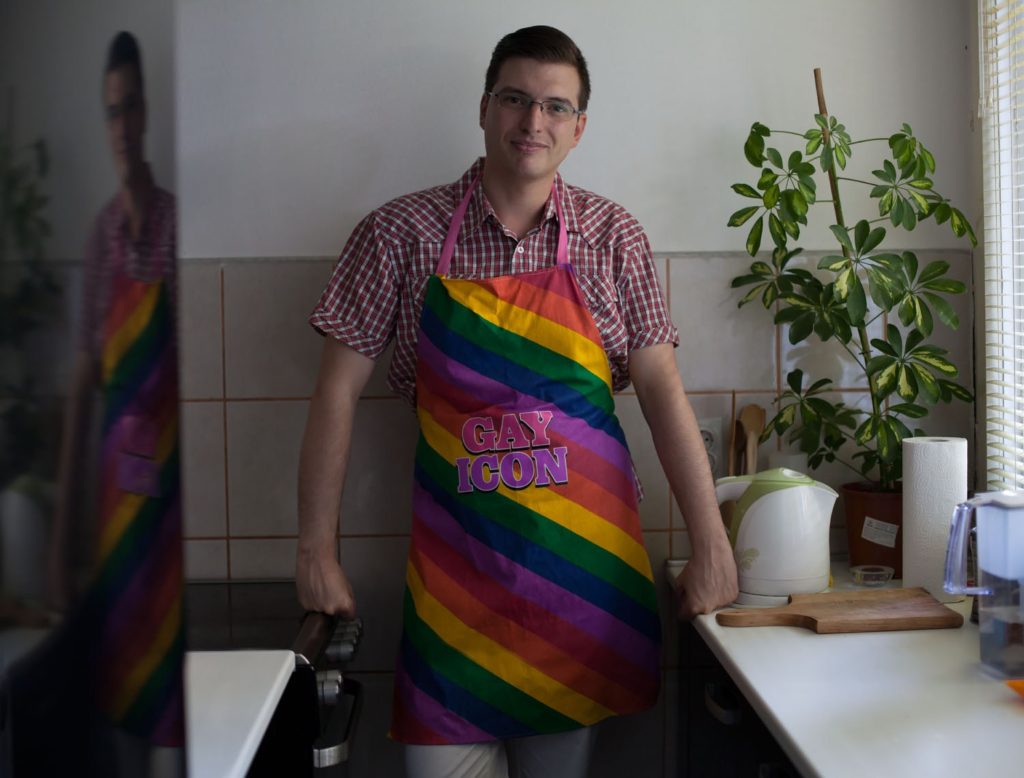 What was the main idea of the project and how did you developed it?

The project idea is pretty simple. I think there is a strength in telling our stories. I think visibility is the key to fighting bigotry. So I simply was photographing gay and queer men in New York City and asking them to share their stories of being a gay or queer man. And I committed to the project. I simply photographed more and more people, and then started traveling, and as it stands now, I’ve created one of the single largest collections of stories and photographs of gay and queer men in the world. I’ve photographed over 700 individuals, across 89 cities, 37 countries, and six continents. I think the Gay Men Project will serve future generations as a record that documents the experience of gay and queer men around the world during a very specific time in our history.

Did you made any project-management plan?

Two years into the project, I made a project plan that help me guide the next steps I wanted to take in the work. I laid out a specific goal–which was to spend one year traveling for the project–and then I made a plan that would help me achieve this goal–such as listing my challenges and strengths, surveying similar projects, and considering different resources I already had available. 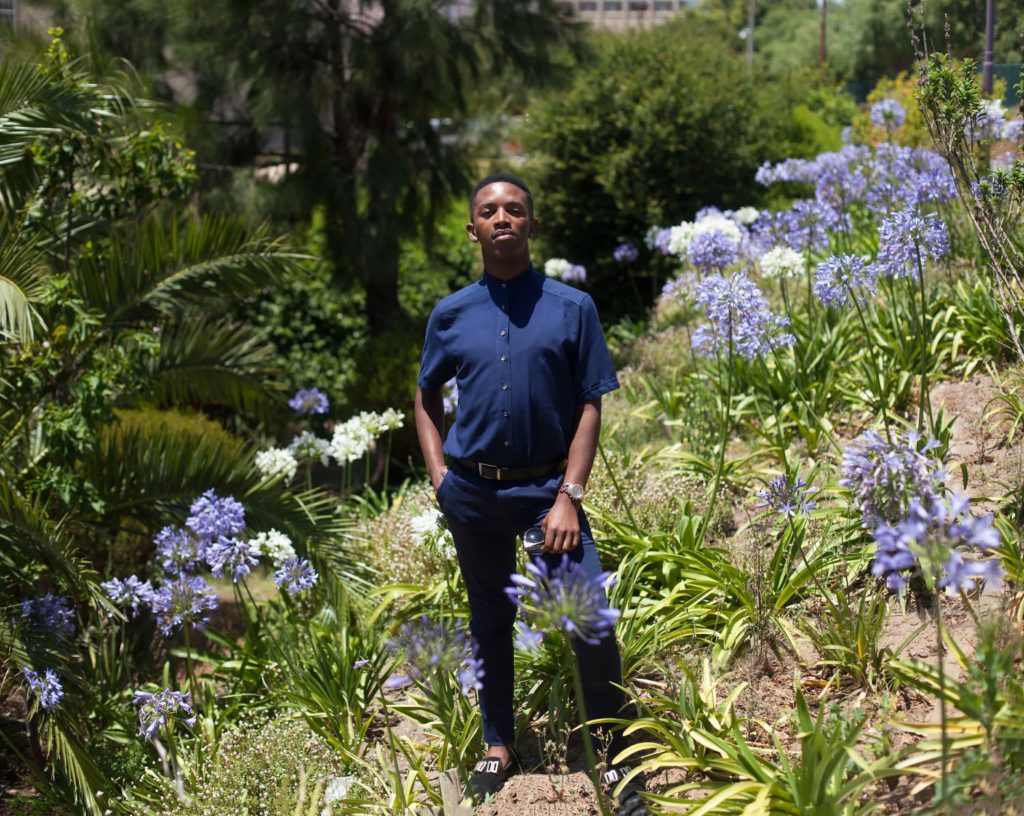 How did you launched of the project/campaign?

I simply did it. I started taking photographs and publishing them online, and then I stayed committed and built and audience. And I relied on the support of that audience to help the project grow.

Did you faced any negative reactions from conservative people/groups?

Yes, but to me that showed that they were aware of the project and visiting it. And in many ways, those are the people that may benefit the most from reading these stories.

Did you planed any media campaign for the project to be promoted?

All the press that happened came organically. I’ve received a lot of press from around the world, and they always reached out to me. The only time I made a concerted media push was when I was running my crowd-funding campaign. During that period I reached out to different outlets to see if they had any interesting in writing about the work.

Would you say this project/campaign helped changed minds within the community?

I can only base this on the personal messages I’ve received from individuals. And so yes, many individuals have written me to tell me the project has had a positive change in their live. 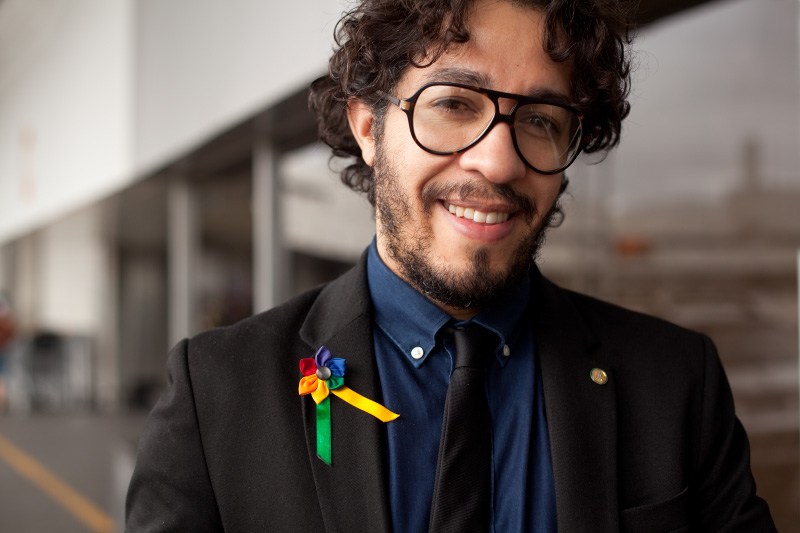 Can you please list a top 5 of lessons learned out of the project/campaign.

1. Self promotion is important when pushing a project. For me it was always important to share my accomplishments with the work, and my goals, and to constantly be talking about it. In order to get others to believe it, I had to show that I really believed in it myself.
2. Don’t be afraid to ask for help. When I did my crowd-funding campaign, I had to ask everyone I knew to donate to help fund the project. I hated do it. I always feel uncomfortable whenever I’m dealing with money. But I got over that discomfort because I knew I had a specific goal. A lot of people said no when I asked, but a lot of people said yes, and ultimately I was successful.
3. Make connections. As mentioned, the project was entirely people driven. From the people I was photographing, to the people who donated to the crowdfunding campaign, to the people that let me stay on their couch as I was traveling–the Gay Men Project relied entirely on the network of supporters I was able to build all over the world. And this network was built on connecting with others.
4. Set goals and stay committed. My goals were pretty easy. I wanted to go to as many cities as I could. So every time I went to a new city, I was accomplishing a goal, which help me have a metric to gauge my success.
5. Continue the momentum. Momentum is important in projects and campaign, so always ride the momentum for as long as you can, and when the momentum is over, make sure and help use it to translate into your next opportunity. 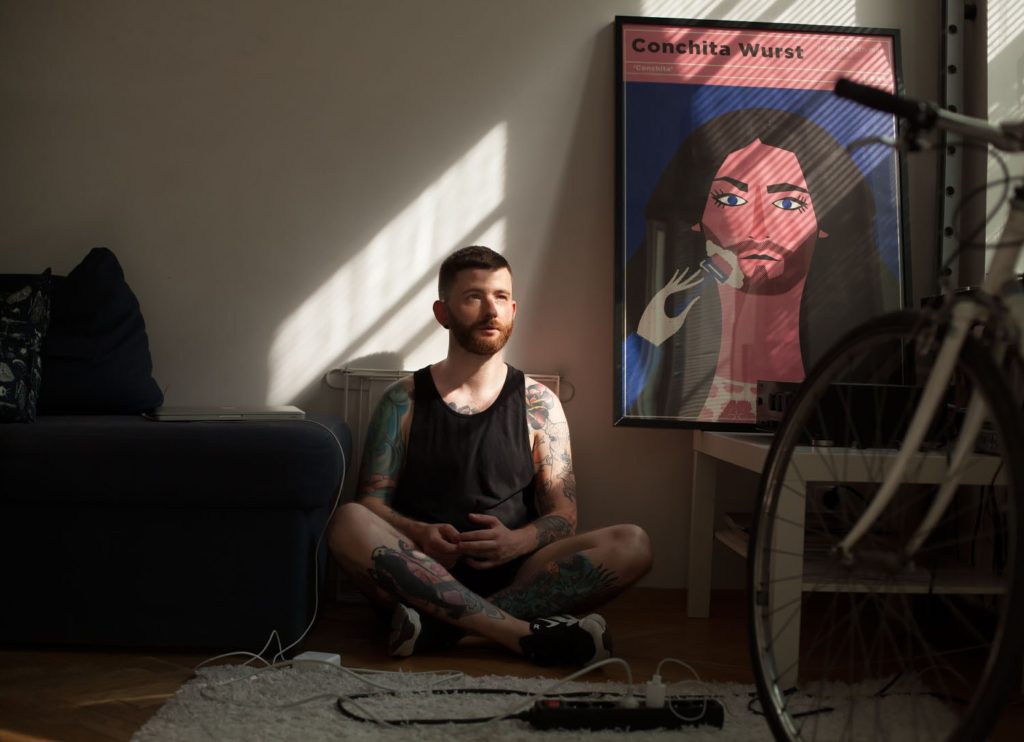