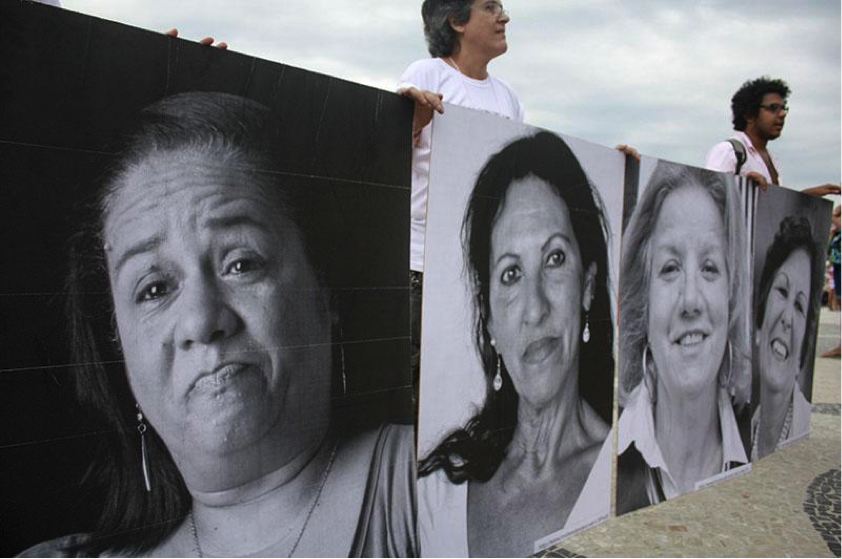 In 2017, IDAHOT celebrates Families, in all their forms.

PFLAG NY recruited talented individuals from various fields (advertising, PR, law, media) to work pro bono on the awareness effort, which became known as the “Stay Close” campaign.  After three years in the making, PFLAG NY launched “Stay Close” featuring straight celebrities with their gay relatives. The message is simple: Stay Close to your loved ones because relationships are too precious to lose.

Not exactly an easy action, but it would be much easier to develop a similar one with ‘normal’ people. In order to benefit from the ‘adhesion factor’ that celebrities provide, he “celebrity” aspect can be replaced by moral authority. For example the parents can be clerics, community leaders, firemen, or other people who have a strong moral authority in your context.

The “Family Is Still Family” television PSA Campaign offers a powerful message: offer your LGBTQ child a lifeline, support their coming out, and keep the family strong and unified. It’s composed of several videos in various Asian languages

For the month of June 2015, the National Queer Asian Pacific Islander Alliance joined with the Asian Pride Project for, to release encouraging videos of parents and their LGBT children as Public Service Announcements throughout the US. Featured on both Asian TV stations and YouTube, a total of nine videos – narrated and subtitled in varying languages and dialects – have been promoted for LGBT Pride Month.
https://vimeo.com/127559946

In Toronto, PFLAG developed a campaign that creatively uses new technology as viewers have to flash a poster to uncover the hidden words.

Arguably not an easy action to replicate, but a great way to face the extreme challenge of getting the attention of teenagers

A mother placed an add in the “Celebrations” section of a Texas newspaper to announce her son’s coming out. A great idea for individual action on IDAHOT and something easy to suggest to your supporters. If a certain volume can be achieved, ie dozens of this kind of announcements posted on IDAHOT, the action could actually get some media coverage. It’s like the gay “storming” technique (by which a group of LGBT people take a homophobic place or institution by storm) but in a friendly way.

Equality Moms (Mães de Igualdade) is a group of strong, proud Brazilian mothers, fighting for the rights of their LGBT sons and daughters. They teamed with street artist JR to create a powerful display of portraits.

Again, something difficult to replicate. Though you might want to just roll up your sleeves, put your best smile on, and contact JR. After all, that’s how this one got started! “Tell me!” Parents on the coming out of their children

Agedo, an Italian NGO composed of parents of LGBT people, sponsored this funny but also extremely moving campaign for the International Coming Out Day. In the video, they tease their children for their clumsy efforts to hide their same-sex partners to the family but they also make a thoughtful appeal to them, encouraging them to come out as what they really are, in the name of that undying and unconditional love that only parents have for their children