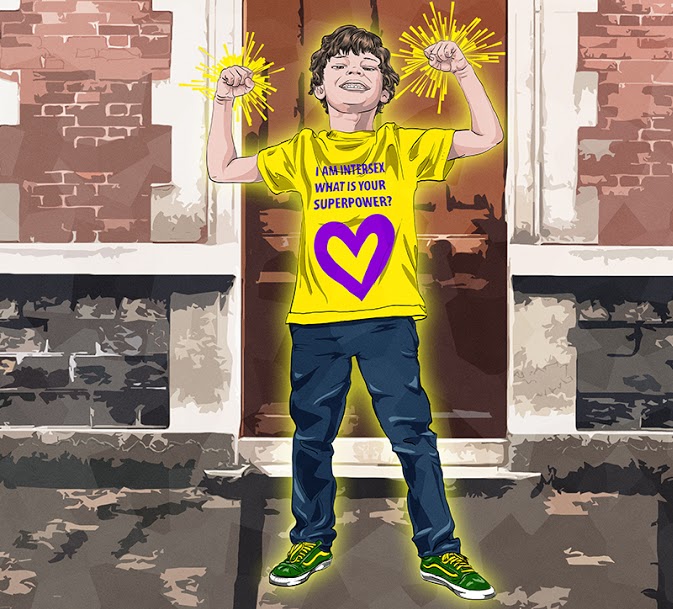 How do you campaign on an issue that most people don’t even know about?

This is the challenge we discuss here with Ins A Kromminga, Awareness Raising & Campaigns Officer for Intersex International Europe, an umbrella body for European Intersex organisations

Texts in colored boxes are by the sogicampaigns team 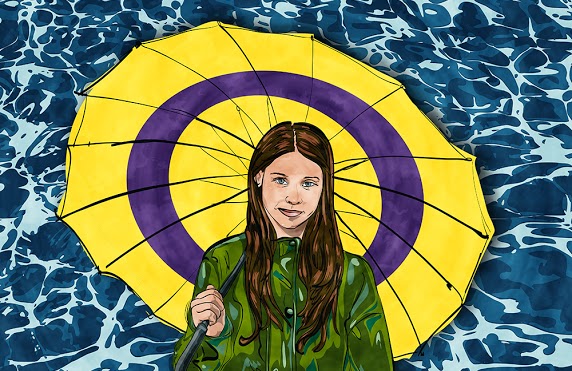 Intersex people are still pretty much invisible and there is close to no awareness amongst the wider public. Does your campaign work at this stage focus on information or on reducing stigma?

Actually both are intimately linked: more information will lead to stigma reduction. In our case, early information might avoid the build-up of stigma in the first place.

How do you explain this?

Unlike most LGBT people, intersex people often learn about their situation in a medical context. Their sex characteristics are being seen as “disorders” by medicine (and our bodily variations are still being pathologized throughout the new ICD-11), so it can be difficult for individuals to emancipate themselves from this problematic medicalized vision. This is why a human rights-based perspective and the depathologization of intersex people is so important: To end stigma and discrimination against intersex people and, of course, to ensure the right of bodily integrity, physical autonomy and self-determination.

What approach do you take to deconstruct this?

Our essential approach is based on a depathologized understanding of intersex realities, while regarding how medicalization has shaped our lives. This is where storytelling comes in: by sharing lived realities, we both provide information on what Intersex people have to face but also hope to evoke emotions and empathy with our stories.

We had run a much more limited version of a similar campaign in Germany, which resulted in a short leaflet with pictures and quotes from Intersex people. We felt that this had worked well and wanted to upscale.

We asked our regional communities to contribute testimonies for our brochure project. In the end, we gathered 15 stories and illustrations, plus an academic text by an intersex scholar. This has now become a book with over 100 pages.

The campaign involved a lot of work as we needed to slightly rework some of the submissions and ask for people’s consent for every change.

An additional major challenge was to translate the foreign language submissions into English, although much of the language around the Human Rights dimension of being Intersex is still being developed. Fortunately, we already have basic information on intersex in Human Rights-based language available in over 28 languages on our website.

Did you give guidance on the storytelling?

We wanted these stories to be as spontaneous as possible. This resulted in a vast range of different stories, some more politicized than others. It’s great to have this diversity as it mirrors the diversity in the target audience of these stories, which includes highly politicized LGBT activists as well as “just” concerned people, for whom some parts of the stories might mirror their own experience.

Are you happy with the outcomes?

Within a week this publication was downloaded over 2,000 times, which is fantastic! It shows that a lot of people want to learn more about intersex realities. Having said that, we are aware that we have not reached our full potential for dissemination.  We had done a couple of weeks of dissemination via our own social media during the Intersex Awareness Weeks (October 26 – November 8) and we had mobilized our traditional partners like ILGA-Europe or the International Day Against Homophobia, Transphobia and Biphobia, and a few other of our allied contacts such as the Office of the Commissioner for Human Rights Council of Europe who did a tweet with a comment on Twitter. We did little outreach beyond closed circles, which is a shame because we aim at a wider reach. 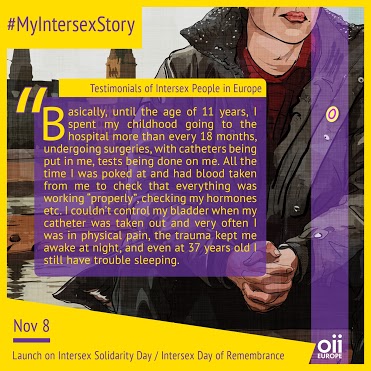 A whole range of mobilization strategies is what is called the “engagement journey”: ideally, no action by any supporter should be left to “waste” without having it followed up with a “next step”. This can systematically be used by petition organizations who follow up on every signature with an appeal to donate. Organisations who don’t have such a straightforward strategy often don’t implement this “further” step into each campaign activity, thereby missing out on opportunities.

So what is next?

It would have been great to connect with the people who downloaded the stories to encourage further involvement but we had not thought of this originally and did not collect contact details. We will keep working on disseminating this report via other channels, maybe indeed relying more on our members, allies and supporters.

For next year we will create another campaign that addresses who intersex people are… in addition to being intersex! The preliminary working title for the campaign is “Intersex Lives” and aims to show that we are as diverse and colourful as everyone else. We already had a workshop on this theme during our Community event this year where the participants came up with short sentences in reply to a few questions, for example What gives you joy in your life? What interests you? What would you love to do/become in life? After our talk I think one area that we will look at more closely is the overlap with other movements or “interest groups” and how this could be better integrated into next year’s campaigns.

Defining the narrative: a rare opportunity

On most issues, the world out there is already loaded, and overloaded, with narratives: Contradictory pieces of information float around and everybody from your neighbour to their dog has an opinion on it and is voicing it over social media.

In that noise chaos, the challenge for a campaign is essentially how to stand out and get its message heard.

Intersex people on the other hand sit in relatively “virgin” territory as the quasi invisibility of the matter leaves a void in the public narrative.

It might in part be associated with other realities, such as sexual orientation or gender identity, and therefore come with whatever positive or negative attitudes these trigger, but this association is not hardwired and can be dispelled.

While still facing major challenges, this relative “void” also opens up fantastic opportunities, as barriers to messages might be lower than on other issues, which have been made complex by years of public exposure.

This is certainly an important time to get the “Framing” right and to start building a public narrative that is not left to the medical profession, sensationalist media, or others.

This is why this storytelling initiative is so important.