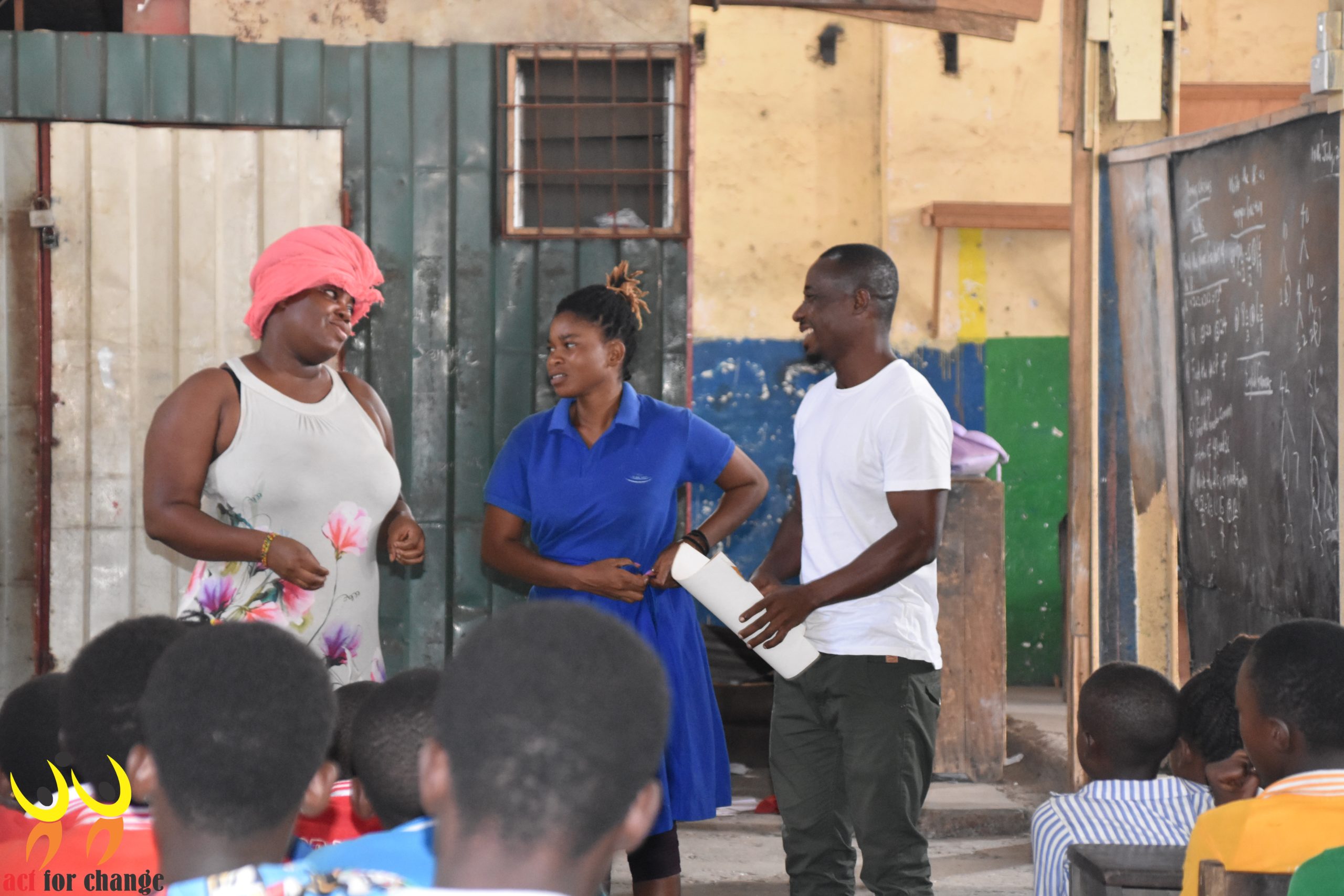 In Ghana, the rate of teenage pregnancy is extreme, with adolescents representing 30% of all birth registered in the country. As a result, girls face many medical and social consequences.

Given this context, Act for Change – a mainstream not-for-profit organisation based in the capital Accra uses theatre performances to sensitise youth and adolescents on sexual and reproductive health and rights.

Founder and current executive director of the organisation, Collins Seymah Smith, takes us inside their work.

Colin, what made you set up this organisation and its projects?

As a Ghanaian born and bred in James Town, I have seen many social issues which have not been solved. I have taken it upon myself, together with my organisation, to tackle teenage pregnancy, a menace that is on the rise in my community. Act for Change started as a youth group from James Town

Tell us about how it started

Most of us had been working with Theatre for a Change, an international organisation that uses a unique combination of drama and participatory learning to enable women and girls worldwide to find their voice and assert their rights. it became imperative for the group of young people to leverage the experience gained on the project to ensure continuity in sensitising young people on their sexual and reproductive health through interactive theatre performances. 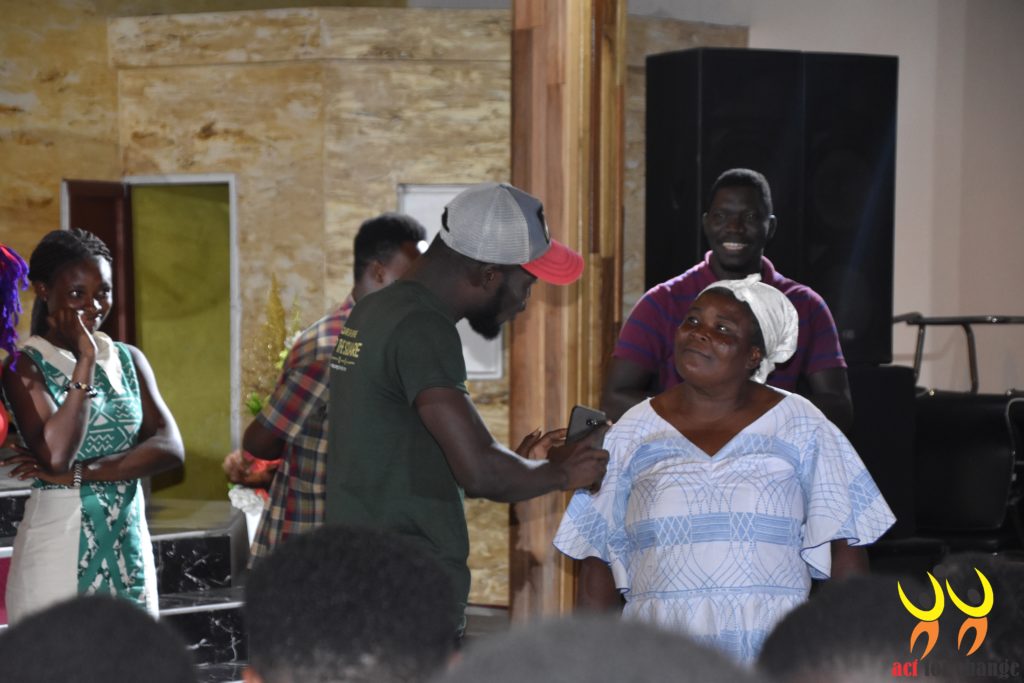 What is so special about using theatre in your context?

We believe people learn by getting involved because that makes it easy for people to relate to the issue being addressed. So we chose interactive theatre to get to the hearts and minds of our people. Through our interactive theatre performances, we reach out to community members and attract lots of attention in the community.

How does performing theatre get people “involved”, as you say?

We don’t just stage performances that people watch. With interactive theatre, we use our theatre we invite individuals from the audience to make a positive change in the performance by acting it out. The way it works is that scenes are being performed live by trained actors before the audience, stopping at pivotal points so the audience can interact with the actors. 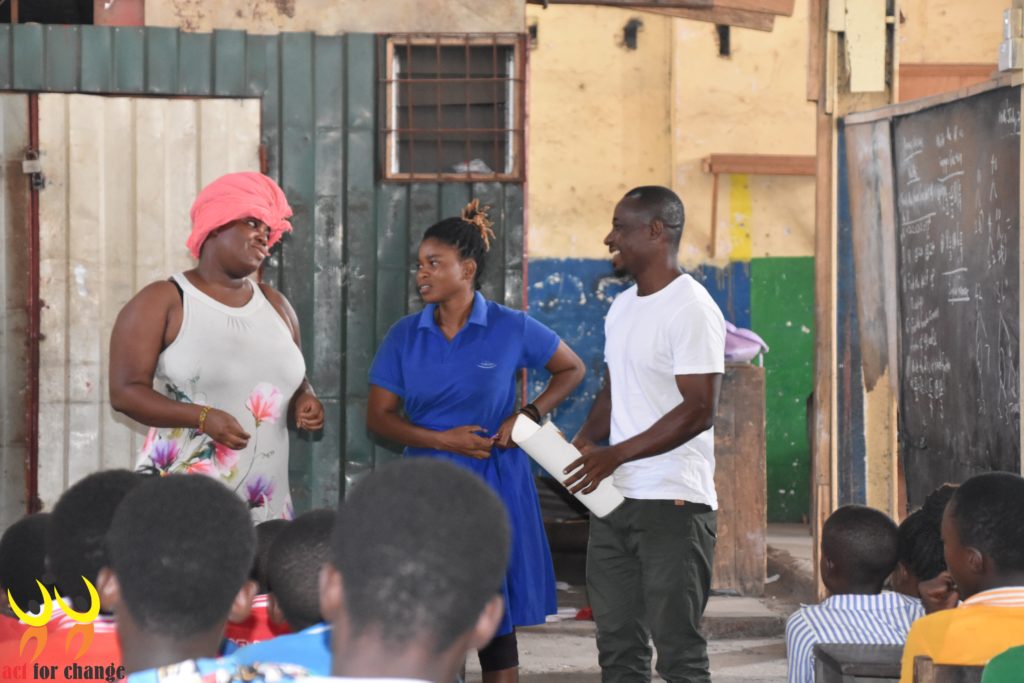 In the context of public sensitisation, this approach of interactive drama increases the engagement of the audience and helps in exploring complex issues. The systematic use of local languages increases this take up.

While the approach to delivering a message during a performance is important, how do you identify the message itself?

We always research issues and share personal experiences (sexual reproductive health & human rights) in and from the community through “hot seating” during rehearsals, in order to come up with a storyline and plots before we perform to community members. During these sessions we listen to the stories of the community, some of which are quite terrible, like an elderly man who forced unprotected sex on a young girl who needed money for her school fees; or the story of a boy who had multiple sexual partners and contracted HIV; or a teenage girl forced by her parents to go and “stay” with a man who got her pregnant.

Before we put up any performance, we do this thorough research on that particular issue which we will be performing to our audience. So audiences are able to relate to characters in our stories.

So is the whole outreach done offline in the streets?

In addition to the street theatre, we leverage other communication avenues to amplify the messages, mainly of course social media.

But street actions have a potential to reach people that other channels don’t. We also organise the “Teenage pregnancy campaign walk” when 200 people march with placards across James Town. We invite resource persons, local government representatives, youth leaders etc. to attend this event. This has a significant visibility. 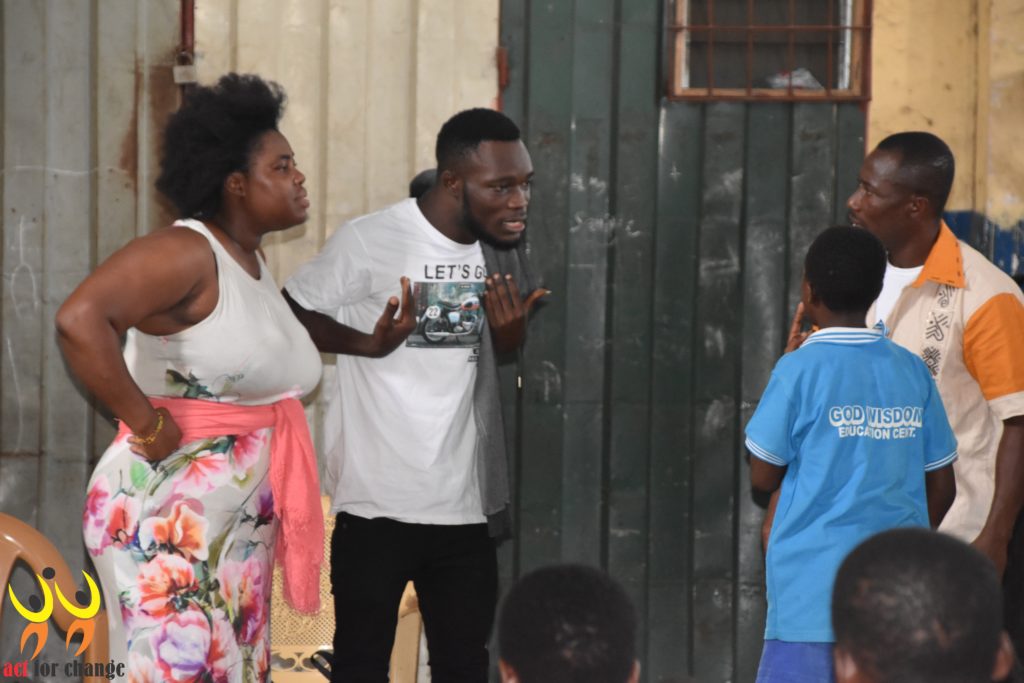 Teenage pregnancy is a touchy subject. Are you always welcome?

Do you have any indication as to the impact?

We measure our achievements when participants show enough confidence to come on stage and demonstrate what they have learnt during the “touch-tag” session, after every theatre performance. It shows that members of the audience have learnt something positive and are empowered to express it publicly and act on it. Action is key to change.