Fighting homophobia in Brazil with…. Eggplants!

Fighting homophobia in Brazil with…. Eggplants!

In 2016, LGBT activists from Curitiba teamed up with 3 advertising agencies to develop a video campaign which provides fantastic food for thought on the core campaigning concept of metaphors.

The video’s early origin was a reaction against the case of a gay employee of one ad agency who was denied the chance to donate blood because of his sexual orientation.

This incident got his work colleagues to launch the “Dignidade na Veia” (dignity in the vein) movement with the support of the longtime established local LGBT organization Grupo Dignidade.

Further discussions between the agency and Grupo Dignidade crystalized the intention to take it one step further and tackle the dire situation of violence against LGBT people, which is huge in Brazil. Renato Cavalher from the agency Grupoom which produced the video, recalls “Toni Reis, from Grupo Dignidade, told me that they had a bigger problem: the violence against LGBT people. He gave me the core message and the frame: You don’t need to agree, but you have to respect”.

The script was developed by the agency on the basis of this briefing and it was later run by Grupo Dignidade’s board and tested on 4 focus groups of lawyers, teachers, psychologists and youth. Each group was asked to watch the video and each person was asked to say what their first impression was, if they approve of the video and whether they thought it could be harmful to the LGBT cause or to Grupo Dignidade.

The core strategy of the campaign’s message was to disconnect personal beliefs and feelings (like tastes) from social attitudes (like hatred), so as to change behaviors (like violence). The core tactic was the central use of a metaphor: the like or dislike of some particular food. 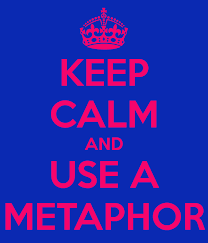 According to the Frameworks Institute, a US-based think-tank on social change messaging, this is how metaphors work:

Each individual lives in a cultural environment made of many different cultural models. Each model is one “preformatted” way of looking at an issue. A cultural model might be for example “gay people are unhappy, sad, isolated. Nobody likes them”. But there are often a wide range of cultural models, with some of them conflicting. In our example, a same culture might also bear the opposite cultural model “gays have all the fun, they party, have a great life, live in tight communities that support each other” (this model can also be expressed in much more negative terms like “the gays are a mafia”).

These cultural models are activated in people depending on how a discourse is framed. For example if you picture isolated angry activists, you are likely to activate the former cultural model. An image of a Pride march will likely activate the latter.

According to the Framework Institute, there are two essential tools for framing an issue: values and metaphors.

If done properly, associating certain values to your cause will lead people to incorporate your issue in the “corpus” related to this value. For example strong communication around cooperation within the LGBT community might lead to the target group progressively associating LGBT people to their vision of solidarity (more on this in other parts of this site).

Metaphors are also very important for framing. They provide a way to help the target audience absorb and simplify complex issues. They allow us to make abstract notions concrete. 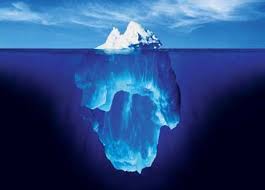 The Tip of the Iceberg metaphor has been used so consistently that it has entered common language.

Metaphors, like all other elements of the message, need to be tested. The Framework Institute does this in various ways. First they conduct on the street interviews, by which they test how several metaphors work on changing the perception of random public members. They then isolate a few “candidate metaphors” that seem to work best and enter a second more scientific testing stage where they test metaphors for stickiness and usability.

“Usability” tests whether advocates will actually use this metaphor. This is tested by exposing advocates and experts to the metaphor and see how confidently they use it in their interactions with a focus group. 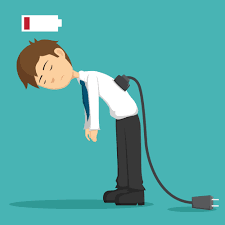 Back to the “Eggplant campaign” now.

The video was mainly developed for distribution on social media but later became part of the campaign launched by Rede Globo TV, one of the main national channels, to promote respect for all. It also got nationwide media coverage, all this resulting in the video recieving 75,000 views on Youtube and more than 500,000 on Facebook.

Though Grupo Dignidade did not develop a formal crisis management plan, they published a note explaining the situation and the rationale of the video.

The majority of reactions were positive but some people complained that it was shown on TV at a time not suitable for children or that it could “brainwash” their children. One woman filed a complaint with the publicity regulatory council, but the council ruled in favor of Grupo Dignidade.

A few radical LGBTI people did not like the comparison between eggplants and sexuality, or felt that the scenes encouraged violence.

Toni Reis eventually concluded “Don’t be afraid of polemics. Although the haters make big noise on social media, they can’t cover the success of a campaign if it is made with faith in a better world.”

While initially conceived as a stand alone, this video is now poised to become the seed of a wider campaign using the same tactics. And while the impact of this first video in terms of changes in beliefs, attitudes or behaviors has not been measured, it might be possible to envisage observations over the longer run if a larger campaign is being developed.

The original Portuguese video was also developed in Spanish