Clapping Transphobia away in South Asia

Clapping Transphobia away in South Asia

Jamayal Tanweer from Ad agency BBDO in Pakistan tells us the story behind the 3-million-views campaign that busts everyday Transphobia.

With inputs from Campaign Brief

BBDO is an Ad agency that’s always been committed to social justice. We had worked on campaigns on homelessness, violence against women, and other issues. Corporate and Social Responsibility is in our DNA.

The campaign against Transphobia emerged from a partnership with the Asia Pacific Transgender Network.

On International Human Rights Day, BBDO and Proximity Pakistan collaborated with Asia Pacific Transgender Network to bring a crucial issue to the forefront with the launch of a campaign called #ChangeTheClap – to raise awareness about the hardships faced by transgender people in Pakistan, help fight transphobia and advocate equal opportunities for them.

The campaign is based on a powerful insight associated with transgender people specifically in the subcontinent: the clap. The transgender clap is distinctly horizontal flat palms striking against and perpendicular to each other, with fingers spread as opposed to the common applause-style, vertical palm & closed fingers strike. The transgender clap is a historical and powerful symbol for trans people but is widely taken out of context and mimicked largely in the subcontinent by the public, to ridicule them.

A Change in the clap asks people to #ChangeTheClap from one of ridicule to one of applause, respect and inclusion. To move from “to clap AT” to “to clap FOR”. It demands a change in mind-sets from the society, a change which welcomes the transgender community into the society and aims to provide equal opportunities for them.

Insight: the more local and familiar, the more cultural symbols are powerful. In this case, the “clap”, which is very recognizable to people in the region, provides an even more compelling frame as it is not familiar to other regions. This local symbol roots the campaign in the lived realities of people and creates a strong feeling of familiarity and proximity, which favours ownership and message absorption.

This idea was generated by the creatives at DDBO around the idea that Trans people had to be shown in their diversity, so also including people totally unknown to the public like Trans men. The campaign also had to provide the paradigm shift and feature Trans people who were successful in their real lives.

Insight: For BBDO, the concept was that it takes only a SMALL change to get things right. Rather than aiming for some groundswell change, the campaign acknowledges that it is more strategic to make the desired change seem like it is easy and painless.

It’s important for a campaign to minimize these costs.

The concept was developed by DDBO, who worked in close collaboration with APTN, who was mainly in charge of liaising with the Pakistani Trans communities, though some leading activists were also directly taking part in the development of the campaign.

The video was shot with Trans people experienced in acting, as the visibility of real Trans people was of course central to the message.

DDBO worked pro-bono and also secured a drastic reduction of the video production costs which APTN was covering. Though this issue is very sensitive in Pakistan, there are always people within agencies who feel empathy towards discriminated groups and who are ready to help. Organisations just need to provide them with this opportunity.

Insight: There is more support out there for your cause than you may think. So check out agencies who have committed to Corporate Social Responsibility and don’t feel shy to ask them for support!

The dissemination of the video was entirely organic, with no paid outreach. The campaign relied on the active collaboration of disseminators whom we asked to shoot a video of themselves clapping. Barristers, MPs, actors, cricketers, and other opinion leaders spontaneously agreed. The story that the video told was so compelling that it generated that kind of support.

“More power to the transgender community! » 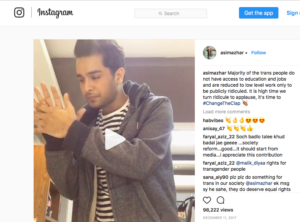 “Majority of the trans people do not have access to education and jobs and are reduced to low level work only to be publicly ridiculed. It is high time we turn ridicule to applause, it’s time to #ChangeTheClap »

The campaign also disseminated to India, where the same message resonated.

Insight: think beyond the immediate target group. Once it has been impacted, there might be “secondary” audiences that are worth pursuing proactively

Once the main campaign video got viral and reached huge audiences (3 million views, half a billion impressions),

Trans stories have also been featured on the APTN’s Facebook page, unveiling their journeys and revealing the diversities of transgender people and how they made a name for themselves, in a world that only excluded them. 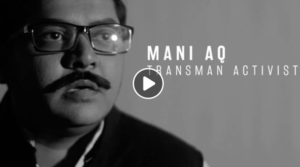 These videos provided the necessary follow up to the campaign.

Insight: A campaign needs a follow up. In order to provoke change, people need to be exposed regularly to the change message. A lot of campaigns “end” with quantitative assessment of “reach”; but real impact requires much more then this. A campaign should stretch over a significant period of time and include a wide range of formats, so that the change message seeps in deeply.