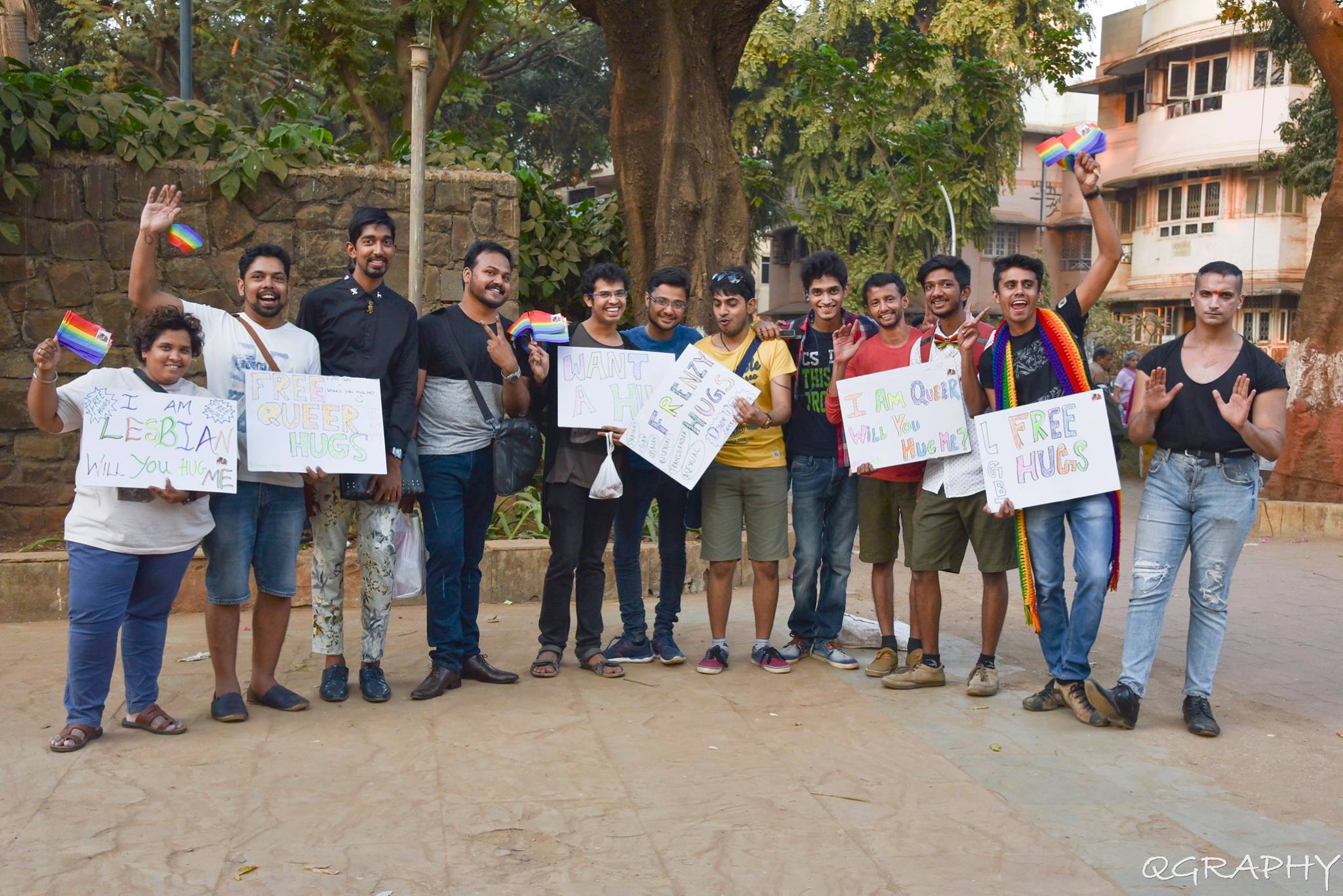 Queer Hugs spreads a ton of love & awareness in India

Article taken from the Qknit

Sometimes, a hug is all that a person needs to feel better.  Hugs are important not only for socialising and bonding with others, but it also helps boost our emotional health and well-being.  There is immense
value in being receptive to warmth and affection and hugging makes people feel included and accepted.

In India, the LGBTQIA+ community continues to struggle against the repealing of Sec 377 which
criminalises acts ‘against the order of nature’.  People who identify as queer are further marginalised on the basis of their social and economic identities in an already marginalising space due to their sexual orientation.  Queer Hugs is thus an initiative to show that LGBTQIA+ persons are not different from others, that the community ought to be recognised, accepted, and be given the exact set of rights like any other citizen of the country. 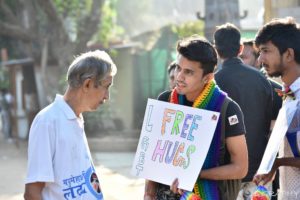 In the events leading up to the Pride March 2018, The QKnit organised its Queer Hugs campaign at Shivaji Park to sensitise people, create an awareness, but most importantly to get conversations started with people about LGBTQIA+ rights and the issues they face in society. This year, Queer Hugs saw an unprecedented participation from people around Shivaji Park.  The objective of the campaign was to normalise conversations about the LGBTQIA+ community, make citizens aware of archaic laws like #Sec377 that continue to persecute the queer community, and to make public spaces acceptable and LGBTQIA+ friendly.

The QKnit team, the QGraphy Team, and the volunteers engaged with people from different age groups and backgrounds – the young and the old, the proactive and the shy ones, and the conservative and the progressive people and in doing so, the participants not only shared comforting and consenting hugs but knowledge about the community

The Queer Hugs campaign was a huge success. 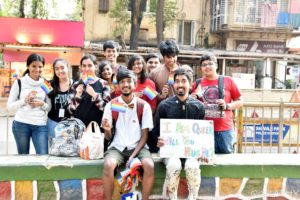