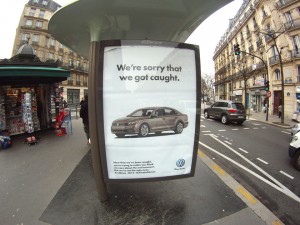 Tired of being pink-washed? Try Brandalism

Brandalism is a tactic that use existing brands and vandalises them by associating them with negative messages.

The Sochi Winter Olympics were the focus of LGBT campaigns by lots of groups. McDonalds was one the Olympic sponsors and found their marketing campaign #cheerstosochi hijacked by campaigners dissatisfied by its silence and continued sponsorship of a tournament in Russia where a crackdown on the LGBT community had been building momentum. This sort of campaign works because it’s using a company’s own energy and resources to highlight your issue. It can appeal to the media and can reach a different audience. READ MORE 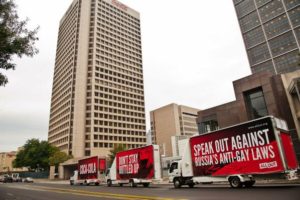 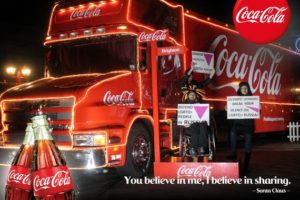 Coca-Cola was targeted for the same reasons as McDonalds but in this tactic All Out used a huge ad bus to ask tough questions of Coca-Cola right outside its head office. Using brands can bring an issue to the fore outside of it’s typical political discussions and breath fresh life into your campaign messaging. Plus, as we know, money talks!

During UN Climate Change summit in Paris in November 2015, COP 21, activists against green washing mobilised for a very visible campaign.
Over 600 artworks critiquing the corporate takeover of the COP21 climatetalks were installed in advertising spaces across Paris ahead of the United Nations summit.

The’Brandalism’ project has worked with Parisians to insert unauthorised artworks across the city that aim to highlight the links between advertising, consumerism, fossil fuel dependency and climate change.

In the media, Forbes wrote an interesting analysis of the strength of the tactic

Indian rapper Sofia Anwar wrote a rap based on Niki Minaj’s Anaconda to draw attention to Unilever’s lack of action regarding mercury poisoning of a river and local workers. The song became a global phenomena and focused the mind of Unilever’s CEO eliciting a direct response. Anwar explains why she chose the song: “After working in an ad agency, I developed a better understanding of how to use popular culture to reach a wider audience, so for Kodaikanal Won’t I decided to piggyback on a popular song like Anaconda. It would attract Nicki Minaj fans, but also get the attention of those who hate her song.” The video was filmed in just a day with volunteers who were passionate about the project and had great impact.

The campaign targeted major corporations with investments in Myanmar to call out the violence against the Rohingya Muslim community. The campaigners recognised that investments in Myanmar were crucial to getting politicians and others to take steps to tackle the crisis. Huge companies such as Nestle and Unilever were put on the spot for their stance and asked publicly through, as the campaign lead describes it, ‘outreach not pressure’. It’s an interesting approach to brand targeting which is more aimed at bringing consensus rather than shame as the first step. 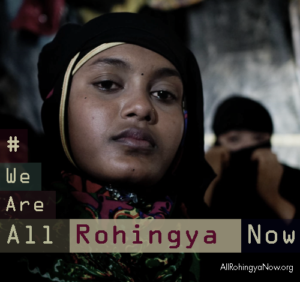