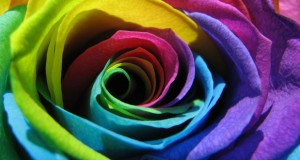 Say it with flowers

How do you interact with people who come to your exhibition, or who watch your flashmob, or who just pass by your protest action? Handing out leaflets and pamphlets is fine, but it’s not always the most engaging way. There are other ideas!

One cool contribution, which comes from China, is where LGBT activists were staging a mock same-sex wedding ceremony in public, as part of a campaign for marriage equality. But handing out pamphlets is not allowed in China, so activists feared that they would clash with police, with serious consequences for their safety. So they had the very clever idea of handing out red roses to people who were watching their ‘ceremony’.

The red roses were wrapped in a piece of paper containing the demands for marriage equality. By the time the police forces were able to make their minds up whether this amounted to handing out pamphlets or not, the protest action was over.

Fortune cookies could make for a nice alternative – treats wrapped in a message explaining the point of the protest, or pointing passers-by to further information.

From the Netherlands, country of flowers amongst all, we bring you a lovely creative idea that will stun your audience: Here is how you can make a rainbow rose:
1. Start off with a white rose with 8-9 inches stem.
2. Choose some water soluble colors. They should be much different from each other with high contrast value.
3. Collect cups/glasses filled with water for each color. Add color to the water and steer well. Add drops of color until the water becomes totally opaque.
4. Split the stem into several equal channels.  Use a knife or sharp blade to cut lengthwise up to 6 inches.
5. Dip each channel in a different dye.
6. Wait for 24 hours and see the magic. The colors will move upwards through the xylem to the petals, and resultant rose will have all the colors in it.
7. Take the rose out and bind the split ends using adhesive tapes.
The same method can be applied to other flowers especially to Chrysanthemum and Hydrangea.
Colors should be blended very well with the water. Mix it well.
The process of splitting should be done carefully.
Do not keep it in direct sunlight. The rose will dry. This also is a good entry point in engaging people on the meanings of the 6 colors of the Rainbow Flag. By the way, do you know these meanings ? Check out more with our special Rainbow colors Quizz
MALTA
The Maltese LGBTI group Drachma LGBT has for several years organised an IDAHO stand on the capital city’s main plaza, handing out roses and coronations to people, as a way of engaging dialogue Flowers can be used to say many things: to apologise; to wish joy; to congratulate, but in this tactic flowers are a symbol of solidarity. After the Brexit vote in the UK, flowers were put out for immigrants to take as a show of solidarity and support when tensions were heightened, many were unsure and frightened about their future. MORE INFO 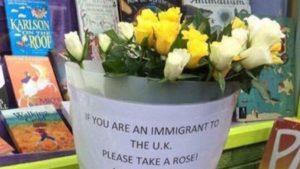