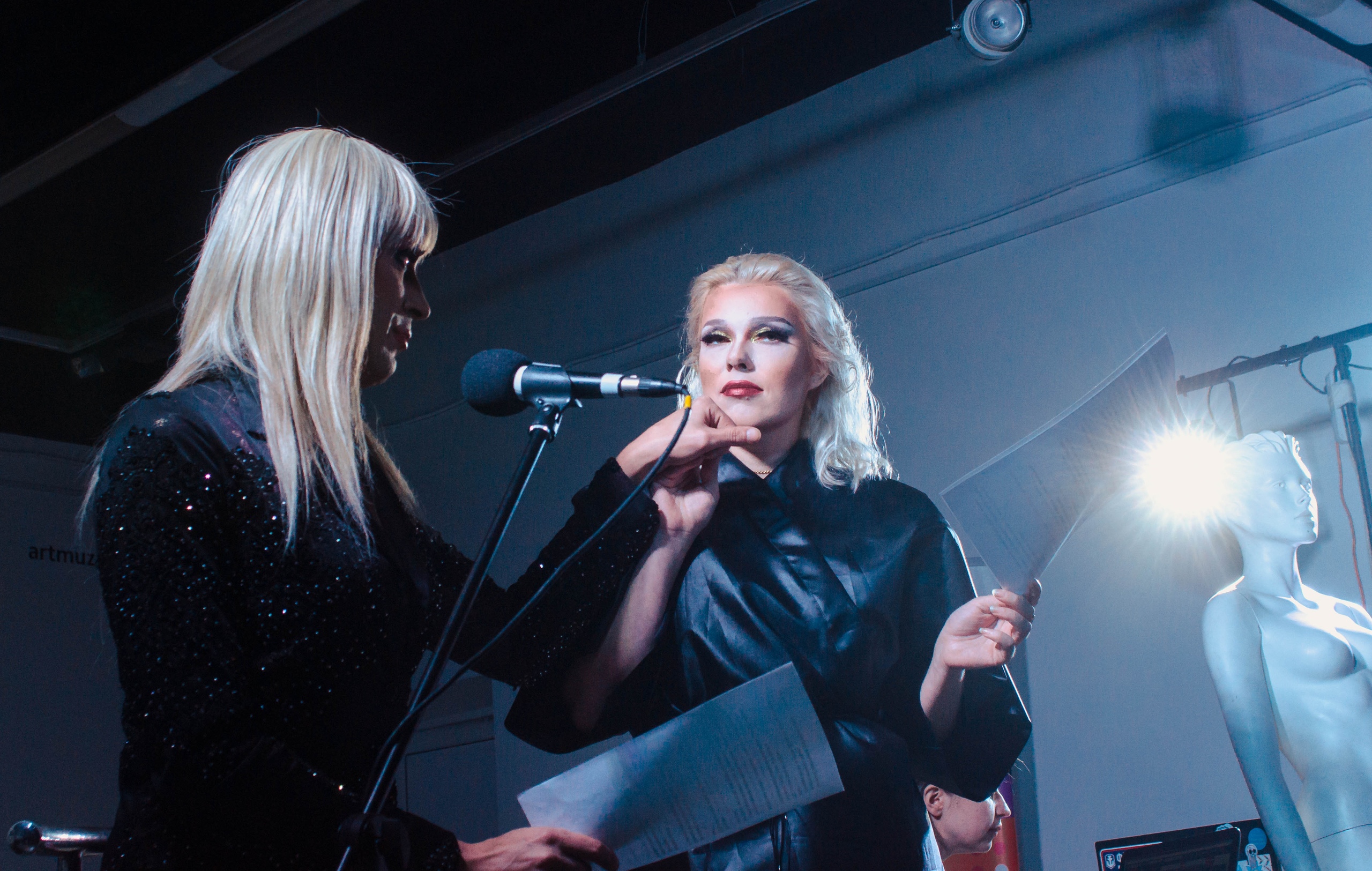 QueerFest – A Decade of Russian Resistance

For the last 11 years, the St Petersburg festival QueerFest had been defying censorship, attacks, and every other possible challenge. The organisers tell Sogicampaigns the story of a decade of resistance

“The problem of social exclusion exists, it’s real, but it is very difficult for people who have never faced it to understand it, let alone to see it as their own concern. Art offers a shared experience and evokes a sense of empathy. The language of art is common and accessible to everyone. It gives us an opportunity to understand each other more easily.” — Polina Adrianova, QueerFest Organization Team.

QueerFest is an annual cultural festival that has been taking place in St. Petersburg for the last eleven years. It is a non-commercial festival that raises issues around human rights, identities, gender and sexuality. We oppose xenophobia, sexism, discrimination and violence. The festival creates a space for learning more about ourselves, society and the world around us. 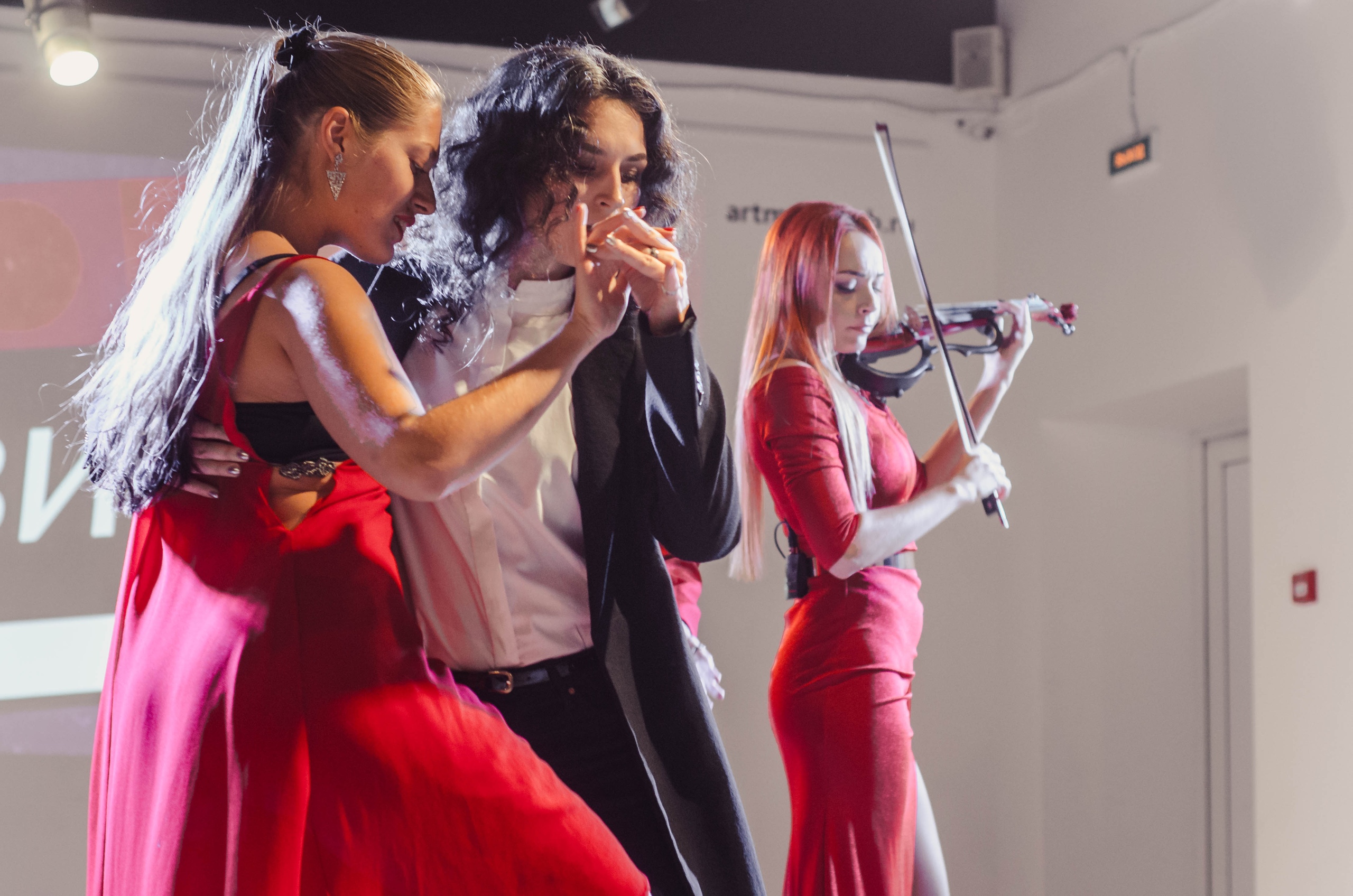 Our festival came to life thanks to words and actions of support we received from around the world. QueerFest has helped to lift the veil of invisibility and isolation of the LGBT community in Russia and allowed us to be perceived and understood as a significant part of society with the right to be ourselves. We achieved this aim through our careful attempts to build a dialogue and to make initial steps into the public space; through our response to media misrepresentation; through our activites to improve comprehension of gender and feminist issues, through our efforts to counter protests, threats and rejections. We continue pursuing our goals despite pressure by the State and prohibitive legislative initiatives.

Since the fIrst time the festival was held in 2009, the organization team has faced any kind of  difficulty one can think of:

In 2010, the Exhibition Centre of Saint-Petersburg’s Union of Artists, the main partner of the photo exhibition “And Others”, cancelled our lease agreement 24 hours before the official opening and informed us that it could not host any QueerFest events. Despite this major setback, a team of volunteers worked overnight to reinstall the exhibition in a new venue so the opening went ahead as planned

At the beginning of 2013 the Festival’s existence was called into question.  This was mainly because of a severe worsening in the country’s situation with the repression of the LGBT organizations because of the adoption of the so-called “propaganda of homosexuality” law, the “foreign agents” law, which increased aggression and violence towards LGBT* people.

In 2014, the complicated human rights situation seriously affected the festival organizers’ plans with pressure both from the government and from radical groups.

After three peaceful years, fake bomb threats were repeated in 2018 and homophobic protesters disrupted three events. The organizers were forced to stop these events and evacuate visitors from the main venue. Nevertheless, all of the QueerFest events still took place: meetings were either moved to different venues or were rescheduled.

Despite all of these difficulties and obstacles, QueerFest continues to be held each year in St. Petersburg – providing a platform for building public dialogue on tolerance, human rights and equality.

Every year we organise photo exhibitions, discussions, films, workshops, excursions and concerts. Among the topics covered are gender stereotypes and stereotypes about sexuality, issues around our bodies and self-acceptance, as well as the history of LGBT communities in Russia and abroad.

Every year we receive dozens of enquiries, suggestions, and words of encouragement from the LGBT community, friends, supporters and partners of the festival from across the world. Clearly, the worsening situation in Russian society reinforces the need for the Festival. 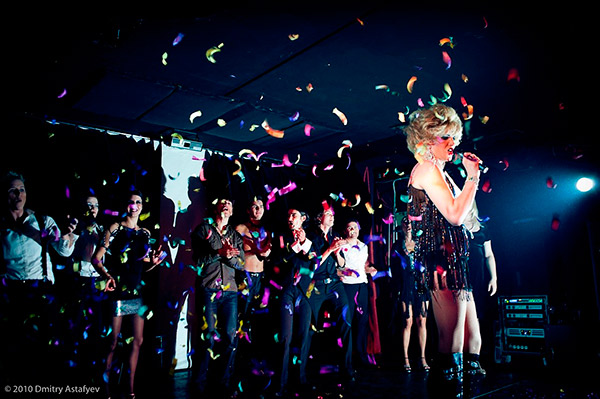 How was this year’s edition ?

This year, in 2019, we have witnessed a really interesting new feature, with some companies openly supporting the festival. These were companies with which we had already engaged over workplace equality initiatives.

We called out to well-known feminist bloggers to cover the festival, and we also did an outreach call to celebrities to come and perform. Even the ones who did not come have still been keen to communicate about the festival with their fans, which greatly increased our exposure on social media where we totaled 27,000 online views of festival events.

What specific lessons have you learned this year?

It is important to generate a “snowball” effect with companies. There is often a lot of resistance which can only be overcome when a handful of “pioneers” become visible. It is important for us activists to see where our potential allies come from, what their risks are, and where their interests lie.

Another lesson is that it pays off to engage people over the long term. Take our security company for example: in the beginning there was a lot of hostility. Now, after many years, they are relaxed, and openly supportive. Same thing with the police: initially the police was our nightmare; they were the ones pressuring the venues to cancel our lease agreements, or raiding our events. But for the last 3 years the police actually does its job to provide protection.

Last, we believe that international media should share much more positive news on LGBTQI+ issues. The more people hear positive coverage, the more it will normalise sexual and gender diversity. 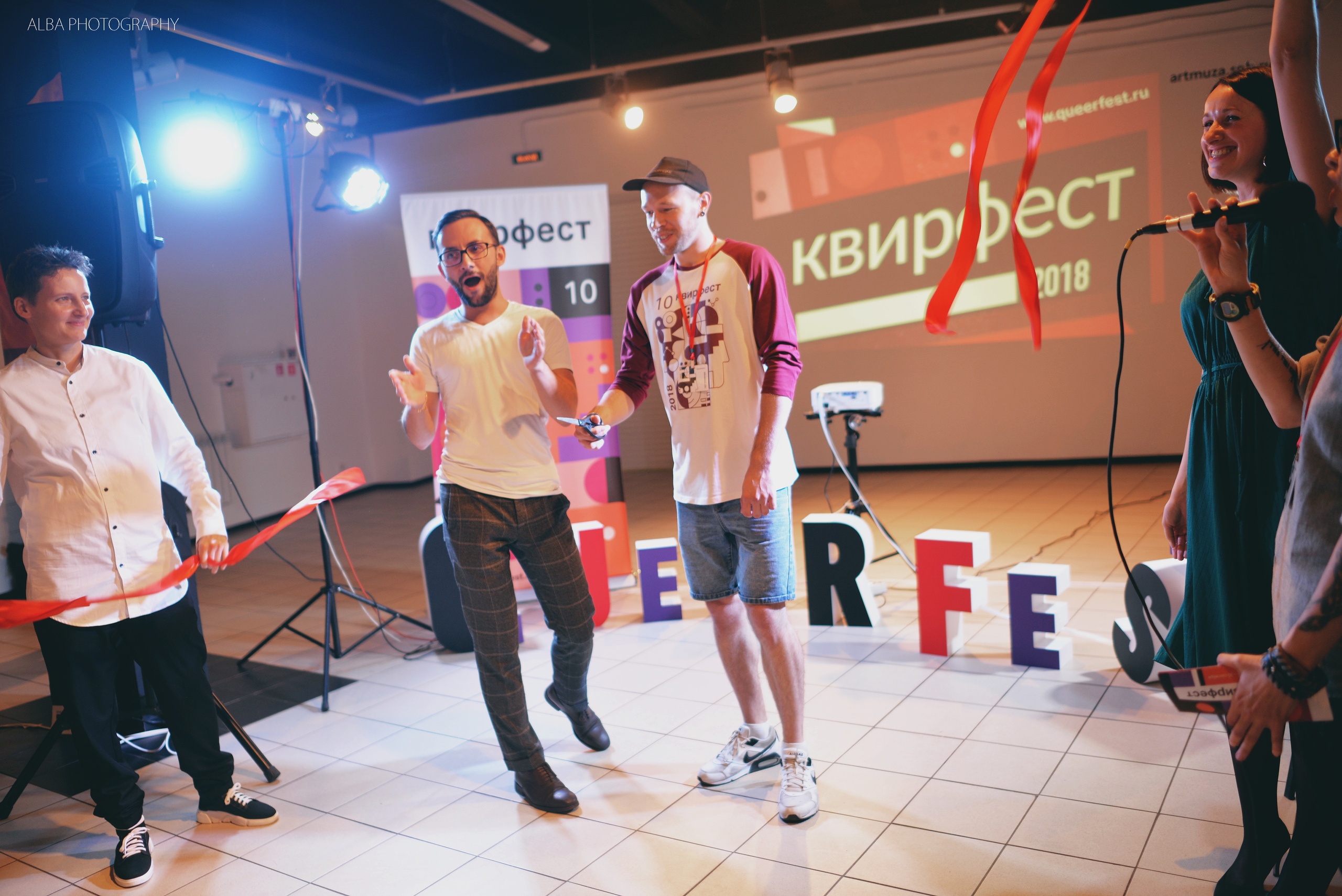 How will your experience inform the strategy over next year’s Queer Fest?

One lesson we learned this year is that we could have reached out to specialised media, for example the photo exhibition could have been covered by photo magazines, the fashion shows by lifestyle e-zines, etc.

We also could engaged all year round with other events, for example engaging with other festivals. This could be a good way to trigger the “reciprocity effect” and get them interested in covering our own festival in due course.

We could also engage more with the entertainment scene and create more visilibity for QueerFest in clubs and at parties.

A word of conclusion?

The fact that QueerFest has survived all through these years in St. Petersburg is evidence that the fight against homophobia, biphobia, transphobia and xenophobia in general is possible in Russia, and that it can be conducted in a language that is understandable to everyone – the language of culture, art and beauty. 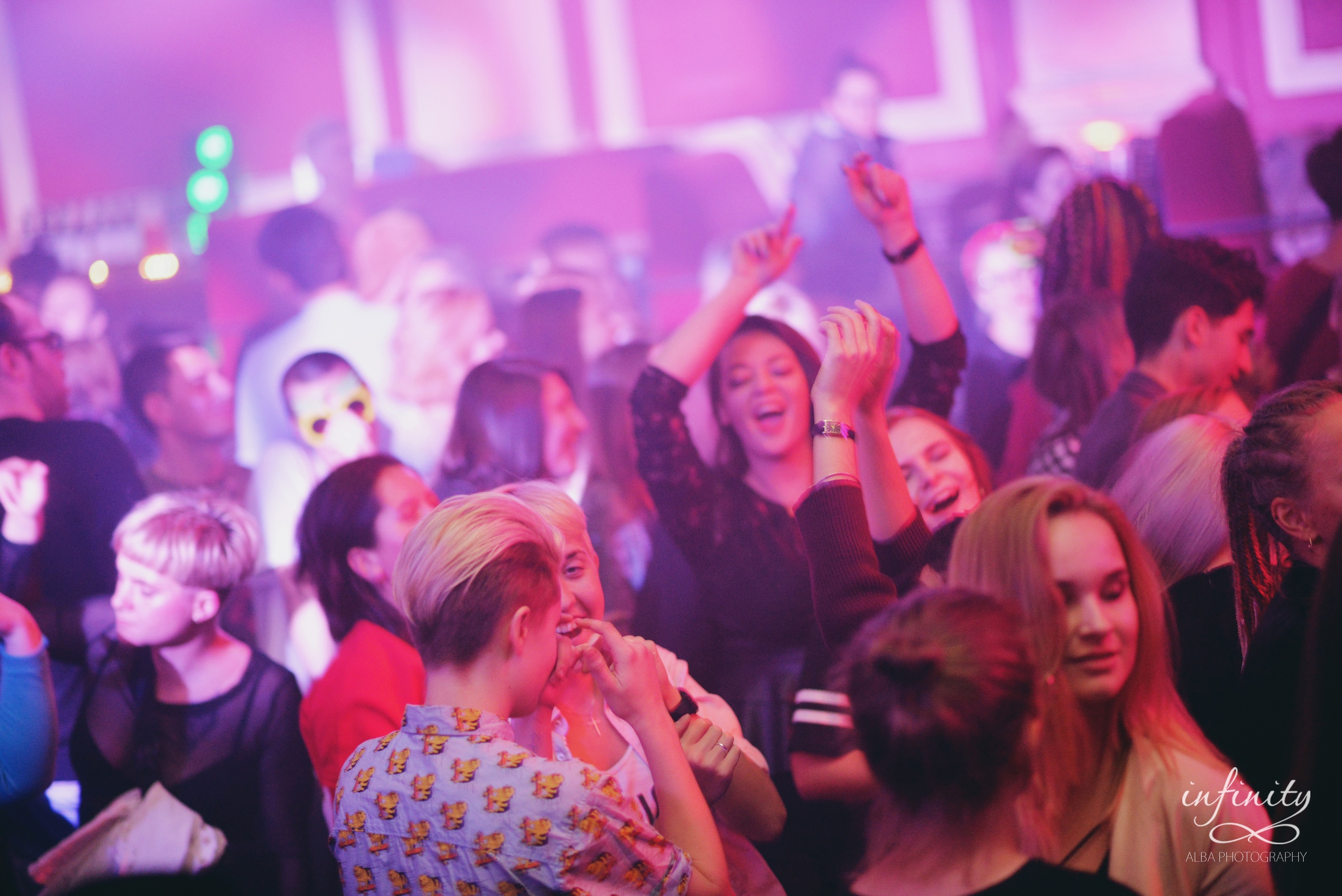