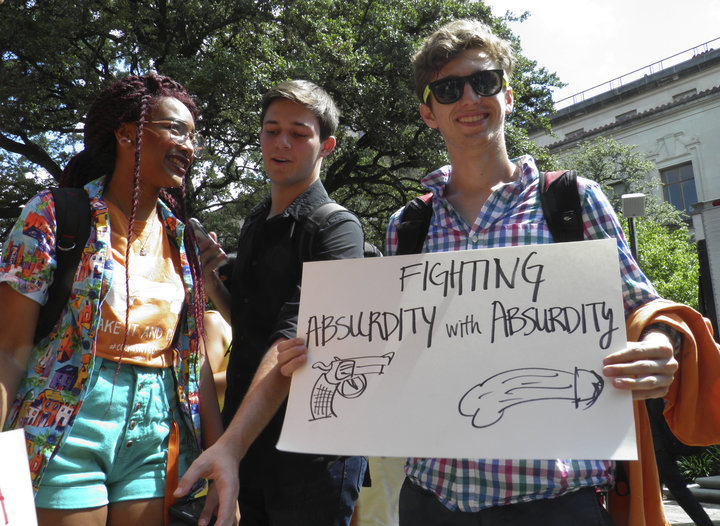 Expose your opponents’ logic by taking it to extremes

While it is never a good idea to repeat your opponents’ arguments, as this only serves to reinforce them through repetition, it CAN be a good idea to take their arguments or attitudes, and push them to extremes.

Here are some excellent examples of how this can work:

The Energy Wasting Day campaign brings a caricature of what we do and are, when we don’t reduce energy consumption (note that we feel this campaign indulges in fat-shaming. The fat guy is obviously a symbol of over-consumption in this video, but there might have been better ways to symbolise this)

In Turkey, during the famous Taksim Square protests, instead of covering this mass movement of citizen democracy, CNN Turkey showed a documentary about penguins. Penguins became a surprise symbol for censorship of media and the absurdity of some media coverage. People wore penguin masks and made references to penguins on social media to expose the absurdity of the government response to protests and the media’s lack of plurality. READ MORE 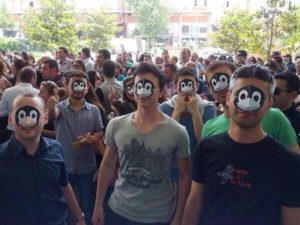 In 2016, Texas passed a law which allows students to carry concealed weapons on most areas of campus. Meanwhile, the Texas penal code and the University of Texas’ rulebook says that engaging with any sort of obscene content in public is prohibited and punishable by fine. Thus, a hilarious juxtaposition of inconsistent legal nonsense.

A University of Texas students attend a protest against a state law that allows for guns in classrooms at college campuses, in Austin, Texas, U.S. August 24, 2016. At the rally, students at the University of Texas openly displayed sex toys, an act considered illegal under local indecency laws. REUTERS/Jon Herskovitz TEMPLATE OUT

What could this tactic say for campaigning on sexual and gender diversities ?

Are they advocating for a world were everybody acts by the same rule? This could be lead to a mock campaign that would instruct everyone to wear exactly the same clothes.

Are they fear-mongering that sexual and gender diversity would “confuse people”? Launch a counter-campaign that pretends that they are asking for everyone to keep their genitalia visible in public all the times.