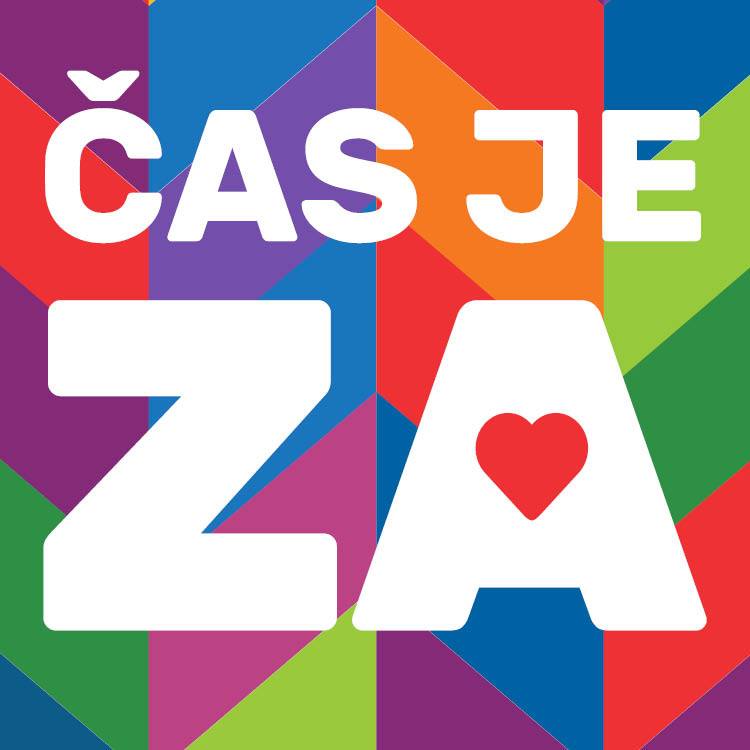 Lana Gobec, from Slovenia’s national LGBTQI organisation LEGEBITRA, shares her story of an impressive campaign against all odds

A few words on the context of this referendum, to start with.

Which directly makes me think of public campaigning principle nr1: Always be prepared for the worst!

What was the state of public opinion at that time, and what were the prospects for the vote?

A poll from November 2015 showed that 46% of respondents supported marriage rights without joint adoption and artificial insemination but support was down to 27% when these were included, as was the case in the bill. Later analysis revealed a strong division between different groups. While most women, atheists and residents of urban areas supported the bill, a significant majority of men, Catholics and rural population opposed it.

How did you start off?

As a first step, we got a coalition of about 10 organisations together and created an ad hoc entity to steer the campaign. The campaign took the name “čas je ZA” (Time to say YES).

Second, we sought advice from other similar campaigns. In this case, we connected intensely with the US “Freedom to Marry” campaign, Marriage Equality, and the Irish “Yes Equality” campaign, who gave us precious support.

Following their lead, the first decision we had to make was the messaging.

How did you proceed?

Of course we could not just import the analyses from other contexts. For example the campaign in the USA focused a lot of the value of Freedom, which is very strong there. This would clearly not have worked here.

We first drew on empirical knowledge of the main frames used by the opposition and identified that they mainly focused on:

This argument was playing the value of “innocence” of children against the stereotype of “debauchery”’ associated with homosexuality. It was “purity” against “corruption”.

This argument aimed at playing the LGBT community against the rest, with the LGBT community consistently scapegoated for the country’s rather consistent secular policy. The Church also tried to link the marriage equality debate to the one on abortion, which resonates with some section of the public.

So what were the outcomes of this analysis?

During focus group discussions, we realised that people could clearly articulate the need for protection under the law, and rarely provided arguments against that. However, on an emotional level there was still resistance, and the emotional reaction tended to trump the rational arguments. 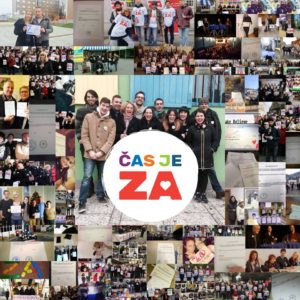 We understood clearly that campaigns are about connecting to the emotions of your target group, but also that various audiences need different messages.

So we decided to have 3 axis:

The first axis appealed to people’s rationality. It was mainly destined for people who already supported us, to whom it provided the right framing for their vote, something they would feel confortable sharing in their circles

The last axis was to convince our supporters to go out to vote. As a matter of fact, one of our fears was that soft supporters would stay neutral and not vote.

We also chose the tone to be very conciliatory, non-confrontational. We avoided attacking the Church or making it a matter of being educated or not, which we thought would have alienated a lot of people.

The campaign principle we applied here was to Connect to the opposition:

You and them have common values and probably common interests. Insisting on how much you share plays against the main strategy of opponents, which is to create a divide between “you” and “them”. Likewise you should never dismiss people’s problems or humiliate them, which will just make them dismiss you in return.

This also helped us keeping the tone right: campaigns hardly ever succeed by being shrill and aggressive.

This wasn’t to everybody’s taste and we faced opposition from within our organisations. We also got criticized for not making the voices of LGBT people central to the campaign but our approach was that people had to hear messengers to whom they could relate, with whom they could identify.

How did this translate in campaign materials?

The campaign videos we developed featured people who were as “ordinary” as possible. This was particularly helpful in order to deconstruct the image of LGB people as elitist. We featured mothers, churchgoers, students, elderly people. One very popular video was the one of an elderly couple saying why they would vote yes. This video was broadcast on public TV one week ahead of the vote.

We definitely wanted to apply one very universal campaign principle that states that preaching just does not work and that you cannot dictate people what to think. People change mostly by associating with other people who they like and trust. We tried to provide a vehicle for these associations to happen. 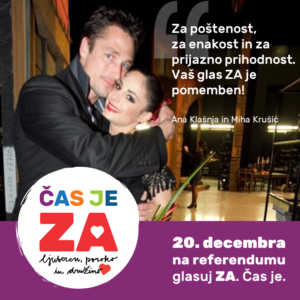 We also had wonderful support from well known people from the media, arts, politics, who provided credibility and emotional traction, so we developed additional videos with them, recording their personal reasons for voting yes. The fact that we provided the people’s real thoughts (with some slight editing help from us) made these very powerful. We were very lucky that a very well known actress decided to join the campaign from the start and she leveraged a lot of support via her network.

We also translated these messaging principles into a flyer, which was sent to all households in Slovenia, thanks to a generous private donor. Unfortunately, we have not been able to test how this flyer was received and what impact it had.

We extended this strategy to choose messengers outside of the usual activists circles to our media strategy. In one particular case, the campaign’s response to an attack by the Bishop’s Conference was brought by the mother of a gay man. This practicing Catholic pointed out that she was voting YES precisely because she was a catholic.

This illustrates a good campaign principle saying that you should make the most of unlikely messengers, especially if they link to your opponents’ values

What impact of this campaign have you been able to see?

We have commissioned studies on the social attitudes towards LGBT people. Unfortunately, the only longitudinal (i.e. measured regularly over time) info we have is from the regular social attitudes surveys, which only seeks people’s stance on whether they would accept a gay or lesbian neighbour. This is of course dramatically insufficient, and we really see the need for organisations to develop their own well-planned longitudinal surveys.

What other lessons do you think can be taken home? 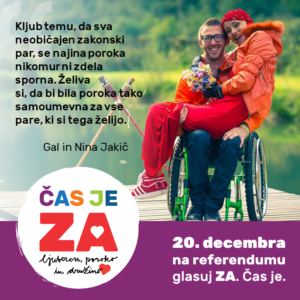 BUT then again, also be prepared to take stands outside of your issue. In this case, the Church tried to link the marriage equality debate to the one on abortion. Ignoring this by “staying on track” can be foolish as it leaves the floor to the opposition. While it might be a bad idea to go all out on a debate on abortion, it might be good to have clear talking points e.g. as to why these two issues are separated, or why they both incarnate the same value of freedom.

Even then, assess carefully if this would do more harm than good.

The campaign got a very unhelpful contribution from one member who decided to do a parody video making fun of opponents. This strongly backfired and made us look scornful and snobbish. Campaigns have to try their best to keep everyone aware of the strategy and enforce coalition discipline. Regular meetings and lots of information sharing are key to this.

Regularly follow public opinion and the popularity of opponent’s arguments and speakers. Even if you should not directly oppose them (see ‘stay on track’), you must understand their narratives so you can indirectly deconstruct it. For example if your opposition’s messaging strategy plays heavily on the “wealthy gay lobby”, your own strategy can insist on showcasing ordinary citizens.`