Drawing Near: How Portraits bring Transgender and Intersex People to Life

Gabrielle Le Roux is a South African queer artist.  Portraying Trans and Intersex people has taken her to South Africa, Turkey, UK, Mexico, Canada and others since 2001.

Come travel with her on a journey through her work 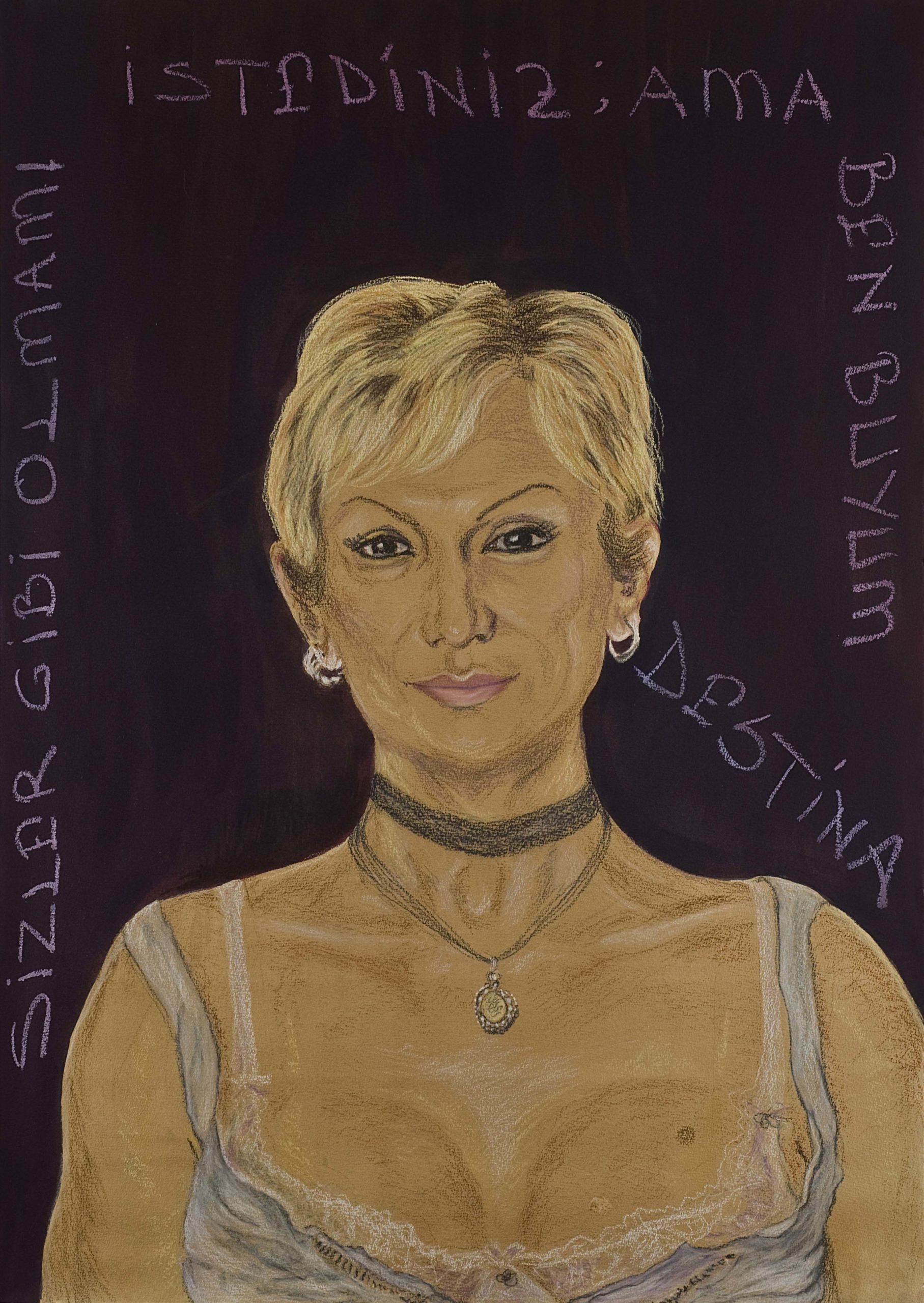 DESTINA: Portrait of Destina, Ankara, 2011. Part of the Proudly Trans in Turkey exhibition. Drawing by Gabrielle Le Roux. Words by Destina.Translation: You wanted me to be like you, but this is who I am.

Gabrielle, what is your work about?

The portraits are free representations, drawn from life, as a tool for honouring, and amplifying the voices of activists who are doing important work and who have so much to tell society. It’s a collaborative creation process, as I only work with people who feel that through this creative process we can co-create a tool that can be useful to them. When we decide to work together I draw people from life so there is an exchange of energy in that process. I invite each person I draw  to write directly onto the portrait whatever they want to express about themselves and their struggle. Each portrait comes with stories that can be in text, podcast or video; the choice of medium depends on the available resources and also what is most appropriate for the project. 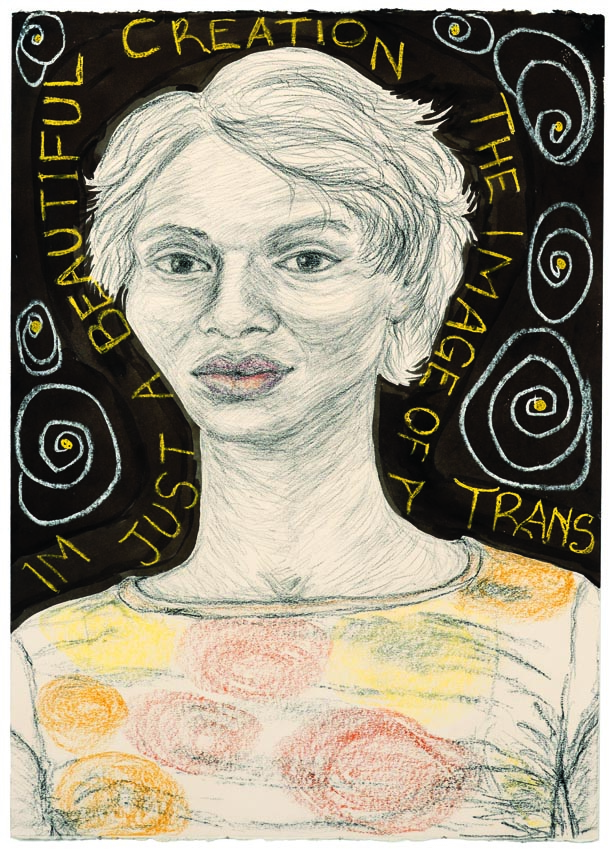 What is the inspiration behind your work?

The inspiration for the work we are focusing on in this interview came from friendships with great activists like Victor Mukasa, Julius Kaggwa, Sally Gross and others whose lives, experiences and activism  made me realize as a feminist that actually I knew nothing about gender. Trans and intersex friends sent me back to square one in learning about gender and re-educated me. Their experiences also showed me that it was a matter of life and death – that our ignorance costs lives. I wanted to find ways to amplify the voices of  the only people who could teach with authority – those with lived experience of these issues. 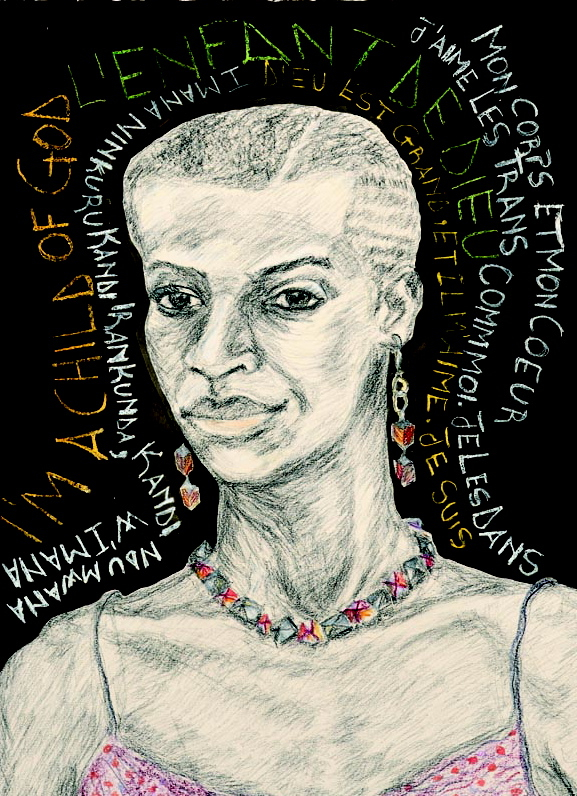 When did the Project of documenting trans and intersex activists start?

The part that got to be known by the public, started in 2008 with the Proudly African & Transgender  exhibition, as part of the Gender strategic workshop which was the first workshop in Africa that specifically targeted transgender people from east and southern Africa. There were around 20 trans participants who, just by the fact of being openly transgender, were  change agents in society, whether or not they were part of organizations.

Victor Mukasa, a well-known activist from Uganda, and I had discussed collaborating for years and, as he was key in organising the Gender Workshop, he invited me to create this project there.   I managed to paint 10 participants from South Africa, Uganda, Kenya, Namibia, Zimbabwe, Burundi and Botswana but five more would have liked to have their portraits done.

After Africa, what was the next stop?

As a result of my personal efforts to get the Proudly African & Transgender exhibition seen in the world in order for it to do its transformative work, I was invited to exhibit it in Turkey. Whenever the exhibition is seen, I ask that local trans activists should be invited and given a platform to speak at the opening. The Turkish trans activists were excited about the exhibition and proposed that we should do a similar body of work in Turkey. We co-created the portrait drawings, workshopped the questions they wanted to answer, and created an 18 part video installation which is now on Youtube. The exhibition is called Proudly Trans in Turkey.

How does the strategy of sharing images instead of speeches influence people?

Portraits in most cultures signal the social importance of people: Drawing people entails to devote significant time, and this means the person is precious, it is someone who deserves to be seen, heard and remembered.

For the people who relate first-hand to the experiences of the people in the portraits, it is affirming to know that they are not alone, that there are others who share their experience in other parts of the world. This was particularly important where there was very little positive representation of trans and intersex people.

Can you think of specific examples of the impact of the work?

Sometimes the impact is at a very personal level, in Turkey my key collaborator’s mother came to the exhibition opening. Although her daughter had been a very visible and respected activist in the movement for more than two decades, her mother had persistently refused to go to any of her daughter’s trans events. But something about this exhibition made her feel proud enough to attend.

Did your work reach the public?

The Proudly Trans in Turkey videos have been very successful online, the most popular videos in the installation have been viewed more than 110 000 times each. Most videos register well over 50.000 views. As of April 2020, the total number of counts when I add views of each video together is 642,983

For a project with no advertising or public campaign to spread the word, this is very affirming for me and everyone who chose to be represented in the work.

There has never been a focused campaign with any of this work but I did make it my life’s work to get it out there as best I could as an unaffiliated individual with a strong international network who mobilized their own networks informally.

At the other end, the Proudly African and transgender exhibitions has mostly not been seen on the African continent, due to social, State and religious hostility that make it unsafe to show this work, even twelve years after its creation. But even in Turkey we faced challenges and censorship and the exhibition had to be moved from the initial mainstream gallery to a safer community space. 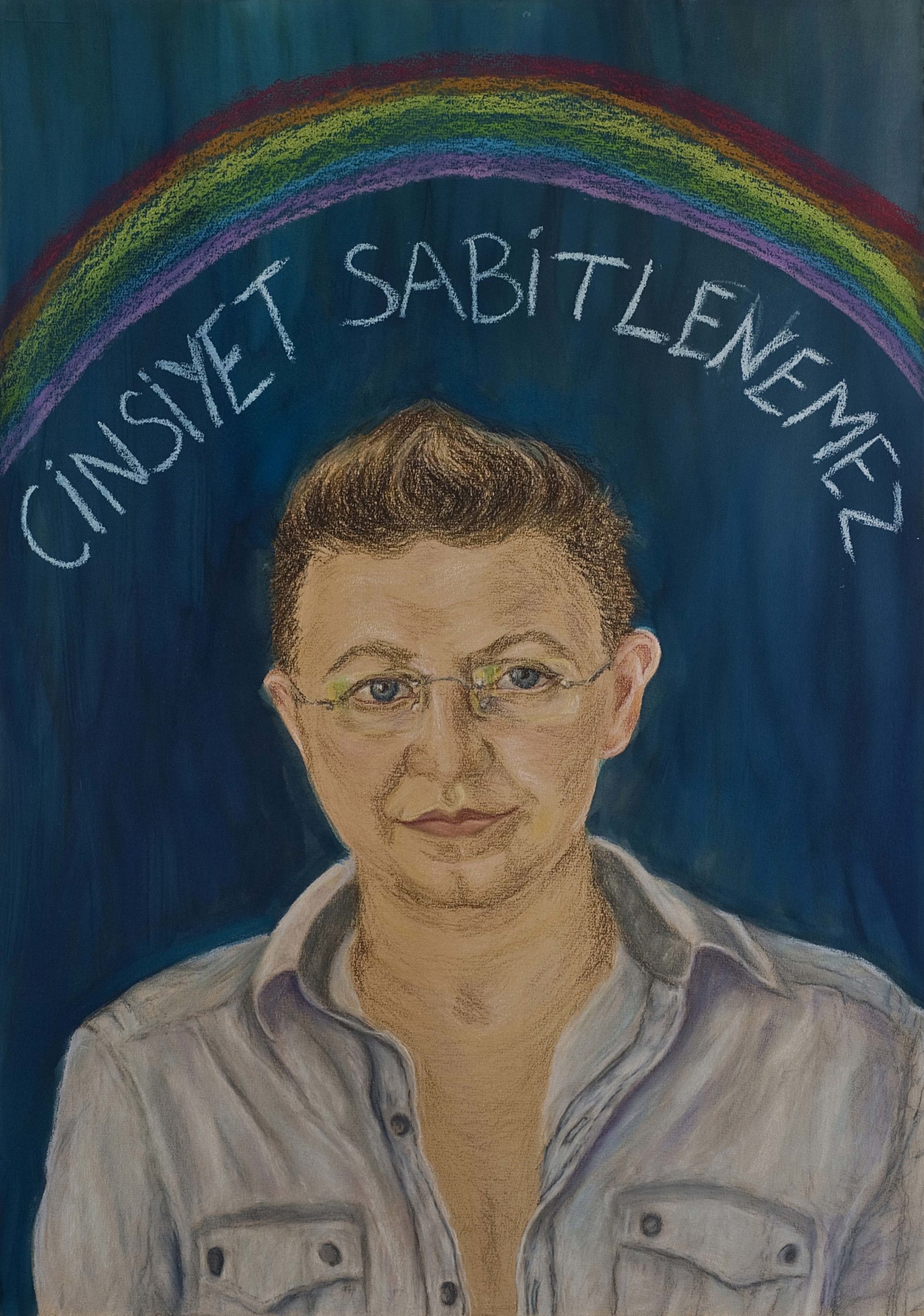 What do you need to do the work that you do?

First of all, I need enthusiastic, inspiring participants who really get the work and want to get involved because they feel we can co-create a tool that will be useful for them in their struggle. That is usually the easy part as there are groups in many parts of the world who would like to work with me and with whom I would be honoured to work

What are the kind of economic resources you need to do this work? And how did you get them?

Actually in order to be successful this work is quite expensive to do – partly because it’s so process oriented and partly because the art materials and then all the means by which the work is reproduced are expensive. You also have to think of compensating the activists for their involvement in the work, as a matter of respect and fairness.

At the moment, most of the resources come from voluntary contributions from my personal circle. This can be in the form new or used equipment that I need – computer, camera, sound equipment – my travel tickets, or accommodating me when I need to be somewhere for an extended period of time, or art materials, or organising spaces for the work to be shown, or covering my local travel expenses, or networking on my behalf in ways that lead to other possibilities. Writing about the work is another helpful intervention that gives it legs. All these  kinds of support have made it possible to get the work out in the absence of institutional support.

Are there any lessons you learned? Would you do something different?

I have learned that the extreme care that I took of every step in every step of the Process-oriented,  respectful, collaboration process was really necessary. The insistence on always having the local trans community to speak first-hand about the issues was, and remains, extremely important

What advice would you give someone who is doing this work?

Put relationships first, put your principles, shared values, politics and creative passion first and central.  Don’t rush, build relationships slowly. Work with people you love, trust and care deeply about, people who resonate with you. Let them lead and educate you. Don’t assume that you know anything, learn at every step.

You can access all the videos from Turkey HERE

All African Portraits can be seen HERE