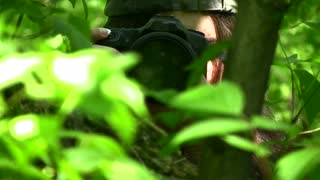 Many of you saw that great video done by the social experiment group STHLM Panda, exposing with a hidden camera a gross case of homophobia in employment in Sweden.

By discussing with Konrad Ydhage on the strategies behind the action, we got more insights into this action, which we wanted to share with other activists.

The action was sparked by one of STHLM Panda’s members, who reported that he was sacked openly because of his homosexuality and faced explicit homophobia. In a country like Sweden, expressions of homophobia are mainly indirect ways (like stereotyping) and ‘private’ (at-the-pub-with-friends jokes). That case seemed to provide a rare opportunity to uncover the ‘invisible’ layers of homophobia and to prove that these still exist in Swedish society. The type of company, a small to medium size business in the industrial sector, seemed to provide the typical representation of middle-class mainstream Swedish society. Unveiling its homophobia would clearly go much beyond documenting an isolated case, to constitute an X-ray of Swedish society’s inner state.
The Panda team new that to make their point, the documentation needed to be direct (no commentary), compelling (strong evidence) and convincing (little editing). The guys are well versed in video documenting with hidden camera, as their main tactic is capturing the reactions of the public when confronted to certain situations (see their site for more example of their work). It was the first time though they did investigation journalism type hidden camera in a private office setting, which is clearly a much more risky business than a classic hidden camera.

A main piece of advice from them was that activists must get a good equipment, and invest in sound recording device, with excellent options starting at 200$. Clearly in this case, the impact of the video was only made possible by excellent recording techniques. Subtitles help, but the original sound has in any case to be totally clearly audible; not just for Swedish audience but also to prove the veracity of what is being documented. Also, bad images and/or sound look amateurish and weakens your credibility (and also simply puts people off).

Once the operation over, and the footage clearly superseding the expectations, there was a clear question about whether to be public or not with the identity of the company. A quick check with lawyers revealed that going public would not be an option, as the company could engage legal action (which they probably would not have done as it would only have made their case worst, but the risks were still real) and as Youtube would have taken the video down before they could have achieved the stunning 750 000 views which the video got within a couple of weeks.

It is to note here that the Panda initiative is registered within a platform of online social entrepreneurs, which provides, amongst other, legal service at affordable costs. This kind of platforms exist in many places and is a serious asset for all smaller sized groups.

After it was posted, the video sparked such high levels of outrage, including physical threats towards the homophobic business owner, that this provided an additional important argument in hindsight against publicly disclosing the identity.
This is a really interesting contribution to the debate on outing, and one we are clearly not mentally trained to envision when we do action. In most settings, we see ourselves clearly so much as the victim that we don’t consider our own potential to cause damage.
With empowerment of the LGBTI community, resulting in potential upsurge of reactive violence (as did a lot of social struggle movements) we might need to more systematically include this factor in our risk-management strategies.

Interestingly, it was only after the video was produced and distributed that contacts were taken with Swedish LGBT orgs. In hindsight, the Panda team acknowledges that contacts could have been taken earlier as it might have helped to make the script even better, e.g. have a less aggressive ending. But part of the genius of this kind of action is that it is spontaneous. Prior discussions would have added a layer of complexity and the action could have been watered down. We here have a clear case of conflict between “Too many cooks spoil the broth” vs. “Seek expert support before you act”.

The action resulted in a large series of outcomes, beyond the direct reactions mentioned above. First, the membership of the group grew tremendously, driving a new ‘cohort’ of people into social activism (the group doesn’t live from members’ contributions; attracting new members is a full part of their objective to increase social awareness and participation).

One interesting impact of this action on the organisers is that it changed their public image. From a social experiment based on film making, the initiative is now perceived as political activism. With clear consequences as the group became a reference for unveiling social injustices, with hundreds of people calling onto them to expose the injustice they had been victims of. We didn’t talk about how they manage this big influx of demand, but this surely poses quite a challenge and might also drive them to be more reactive to proposals, in detriment of a more proactive definition of their initiatives.