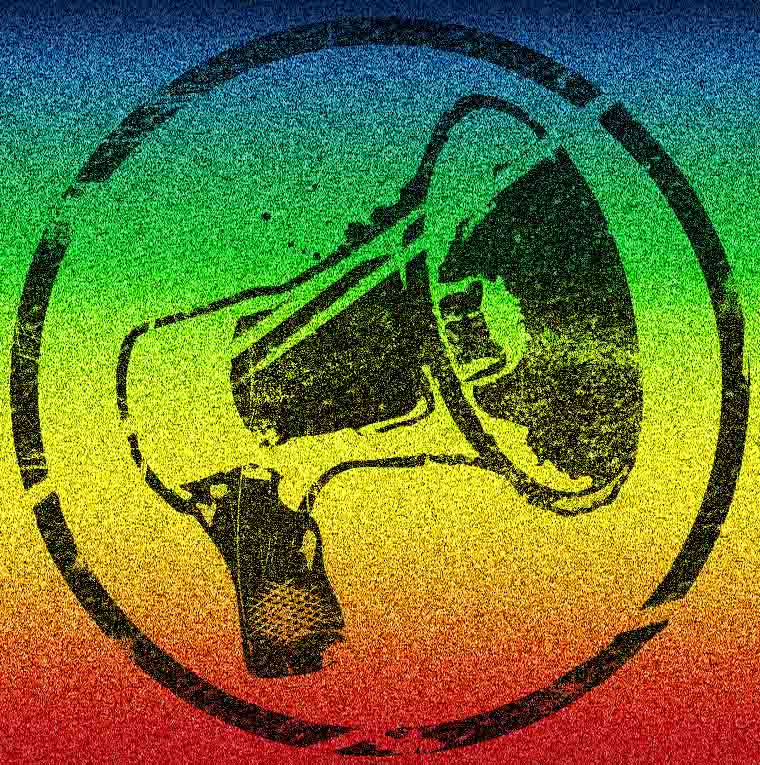 What better way to make your voice heard than using radio broadcasting! Radio has informed and entertained us for a century and even today with internet and TV, wireless transmission of radio programmes is a powerful tool to reach out to people, not only in more remote parts of the world.

So, it is no wonder that radio programmes still play an important role for activism all over the world, also on May 17. is a community media initiative that aims to empower women and under-served communities in Fiji. In recognition of IDAHOT last year they launched the radio program “Rainbow Connections”, together with SOGI activists, in which they addressed issues ranging from Gender Equality in Disaster Risk Management and Responses, Economic security and equality in decision making, access to services, and disability rights.

We asked Sharon Bhagwan Rolls from FemLINKPACIFIC to tell us about the radio programmes and the experiences they made. We thank Sharon for taking the time to respond to the questions and share their amazing action with us. Here is the mini-interview.

We think it is great that you highlighted the link between the struggle for women’s and LGBTI rights. Can you tell us what the process of that decision was? And was that the first time?

No it definitely was not the first time to be involved with or supporting IDAHOT but definitely a first event we jointly hosted outside of the capital city and linked to rural women leaders; In fact this is a reflection of FemLINKPACIFIC’s foundation or the her’story of our management collective which included leading activists in particular Peter Sipeli who was in 2000 the volunteer coordinator of a gay rights network based at Women’s Action for Change. Our philosophy also as a feminist media network is to provide the platform to enable women of all diversities to have a safe space to communicate and community radio in particular is a place where the “Rainbow Connections” broadcast team was able to both collaborate but also have their own organisational voice – so it is truly about diversity and plurality in and through the media.

Do you have other collaborations with LGBTI activists and how did the communication work?

As mentioned before, it stems from our foundation and has continued being to support and work in solidarity in whatever way possible and we had the first member of the Rainbow Women’s Network – Uha – join our team of community radio volunteers several years ago. So it has been in terms of our broadcast partners deciding the time, space and content. We provide the skills and the media platform and share the technology and training initiatives and so it is about a community (media) of practice which is truly diverse!

Can you tell us about the programmes, what was the content?

The programme was truly powerful and celebratory because it also linked to FemLINKPACIFIC’s 10TH Anniversary of Fiji and the Pacific’s first women-led community radio station FemTALK 89FM on May 5, 2004. Our theme for the 10th anniversary campaign “Communicating Peace, Development, Diversity, Security and Freedom” connected with the theme for World Press Freedom Day 2014 as well as the Freedom of Expression theme for IDAHOT 2014.

The process in Nadi enabled Miki Wali (Haus of Khameleon), Uha Fifita (Rainbow Women’s Network) and Jasmine Kaur (Oceania Pride) to invite members of their local networks to our Nadi consultation. We then set the scene for the discussion through personal introductions and also reaffirming the safe space and on the first day it was Miki, Jasmine and Uha sharing their stories. On day 2 we started with reflections as I also wanted the older women from our network to share the impact of these presentations and once again it was very powerful indeed! The collaborative approach was amazing – I was impressed by the LGBT participants who asserted themselves into the process (rather than asking for special spaces) and that basically reaffirmed that women of all diversities in rural communities experience violence, have a collective vision for peace and leadership and collective priorities for development.

What was your aim and do you have the feeling that your expectation in terms of outcome were met?

I personally wanted to demonstrate the inclusivity of our work, as well as that we were also ready as an organisation to proactively be more inclusive of women of all diversities in our own network meetings and that has continued ! In terms of the media as the producer I wanted to ensure that ALL the women, regardless of the sexual orientation or identity, supported to communicate their issues on radio and on television.

Are you in connection with other radio station that do something similar and did you receive any support?

It was our own campaign.

Were there any risks involved for you as an organisation, for the radio program or the people involved?

How much time did it take to prepare?

How did you analyse/rate the impact of this action?

The event worked as planned – we are also reminding our rural women leaders that leadership for equality, justice and peace is about speaking out and supporting / working in solidarity with all women – and we are seeing this through the ongoing solidarity and collaboration especially in our rural activities in Nadi (we had a follow up broadcast in December and this involved reps from the SAN network) and within our Suva network as well; members of the LGBT community felt confident and safe to participate, not just in a radio broadcast but a television programme produced by FemLINKPACIFIC so I feel professionally that we are able to be a media organisation for women of all diversities and in 2015 we continue to have the Rainbow Connections shows and there are more young people from the LGBT community connecting with our media initiatives;

There has also been collaboration between the young people of FemLINKPACIFIC and the Haus of Khameleon such as https://www.youtube.com/watch?v=PIbeaLYMjEg&feature=youtu.be and also the Fiji Young Women’s Forum

What kind of difficulties did you face and what advice would you give to other people who’d like to undertake a similar activity?

As mentioned we brought together 3 groups of the rainbow coalition and we had to take into account and respect their own experiences and relationships with each other – but the way to manage that is to bring the focus back to the event – ultimately we collaborated to host a consultation, organise and stage “Radio with Pictures”!

Are the programmes still available somewhere online and can they be used by others?

Take it up a notch with a divisional consultation

Do you already have plans for this year’s IDAHOT?

Yes indeed – the focus will be back in Suva tied in with our technical expansion of FemTALK 89FM Suva and I have asked the “Rainbow Connections” broadcast team to develop a concept and we will be discussing on how we can implement together.