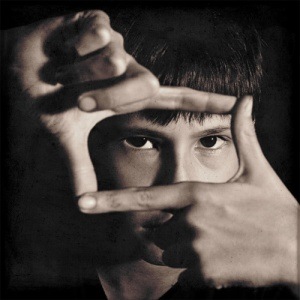 How to frame effective messages

January 9, 2017
messagingComments Off on How to frame effective messages

In our previous post, we have given an overview of what framing is and why it matters.

We continue this exploration with additional extracts of the excellent report done by the Movement Advancement Project.

So, how do we do framing?

“Frankly, it’s not easy to effectively frame an issue. Why? Because good framing starts from the perspec- tive of the target audience—people whose mindset, values, and patterns of reasoning are often very different from your own.

Step 1. Understand the Mindset of Your Target Audience

Don’t make assumptions based on your “natural” knowledge of your target group. Sometimes you could be wrong, or stay stuck at superficial arguments.

Or you could focus on what is most important for you, rather than what makes most sense to focus on for your target audience, because you haven’t listened to them carefully enough.

You can tell you don’t have the right frame when the following happens:Your opponent uses two words (e.g., “special rights”) while you require five minutes to explain your position. If you’re launching into long explanations to defend your side, you’re not appealing to an established frame.

Step 3. Know the Elements of a Frame

An effective frame includes the following:

Drop the language of policy wonks. Remember that voters vote according to their identities and their values.These don’t always coincide with their self-interest. (for more on this, see the previous post on Framing.

Step 5. Avoid Using Opponents’ Frames, Even to Dispute Them

While you shouldn’t repeat negative frames, you should make an effort to understand where your op- ponents are coming from. Know what you’re arguing against and why your opponents believe what they do.

In order for people to change their opinion on an issue, they need to be open to new information.
A reasonable tone keeps them open.

Build your frame by describing what the issue is “about” in a way that ties to deep-seated American values and beliefs. For example, don’t talk about mar- riage as a set of benefits. Mainstream America doesn’t think of marriage as “about” benefits.

Step 8. Stick With Your Message

Remember, the public needs repeti- tion, repetition, and more repetition before it can internalize what you’re saying. Don’t allow opponents to bait you into getting off message.

« How to mount an effective letter-writing campaign
Effective campaign messengers »