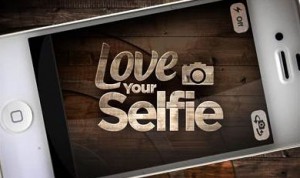 Expressing ourselves is at the heart of every campaign.

Expressions come in many forms, and each campaigner will be faced with an early crucial choice : whose expression are we considering?

and under what form?

The answer to the first question is very often “Everyone’s”: while many campaigns chose to have celebrities, moral authorities or selected individuals carry a standard message, many others increasingly chose to call for public expression.

Public expression campaigns have the combined benefit of generating original content, which can serve as basis for advocacy (for example when the campaign aims at collecting powerful stories, which will then be brought to decision makers), and of reinforcing the community by drawing more people into the action.

But inviting the public to express themselves is not necessarily easy.

The answer to the second question is often “Selfies”. Many campaigns indeed are based on people sending selfies, which arguably is the easiest form of participation, both for those who contribute and for those who are in charge of validating the content (a split second tells you if a photo is OK to be posted, or to remain on a FB page or a Tumblr account, whereas written contributions take often very long to read and it might in addition be difficult to determine at times if some writings are OK).

Most selfie campaigns will be based on people sending a picture of themselves holding a sign with their message.

But as time goes by, selfie-campaigns have become quite worn-out, and campaigners need fresh ideas for public expression campaigns;

In a previous article, we documented the ‘Kiss the Pride’ initiative which invited the public to send ‘Rainbow lips’ selfies.

There are many ways in which a selfie campaign can be tailored to the campaign’s message.

A feminist campaign once asked the public to deconstruct images of masculinity/patriarchy. A campaign from an LGBT organisation, which wanted to make the point that legal and social obstacles to expressing your full sexuality left people incomplete, asked the public to send half portraits of themselves and created a giant display of these submissions. In some contexts, coming out as LGBT is just too risky to allow for a selfie campaign. BUT there are creative ways around it. This incapacity to show your face publicly can become the very message of your campaign. French photographer Philippe Castetbon created a campaign by which people sent creative shoots of themselves where they remained unidentifiable. The campaign message was clearly that repressive legislations and social climates deprive people of the very basis of their identity: their image.  In places where criminal laws are in place, selfies can feature people’s faces masked by bars, featuring prison bars. Holding a mirror in front of your face when you take the selfie is also a powerful way to demonstrate how the person looking at you (and maybe condemning you) could easily be in your place.

Need more ideas to inspire your next selfie campaign ? Check out

If you feel your public needs advice to take good selfies, check out these and also see below a nice infographic from the postplanner site

« Tips for safety
How to mount an effective letter-writing campaign »