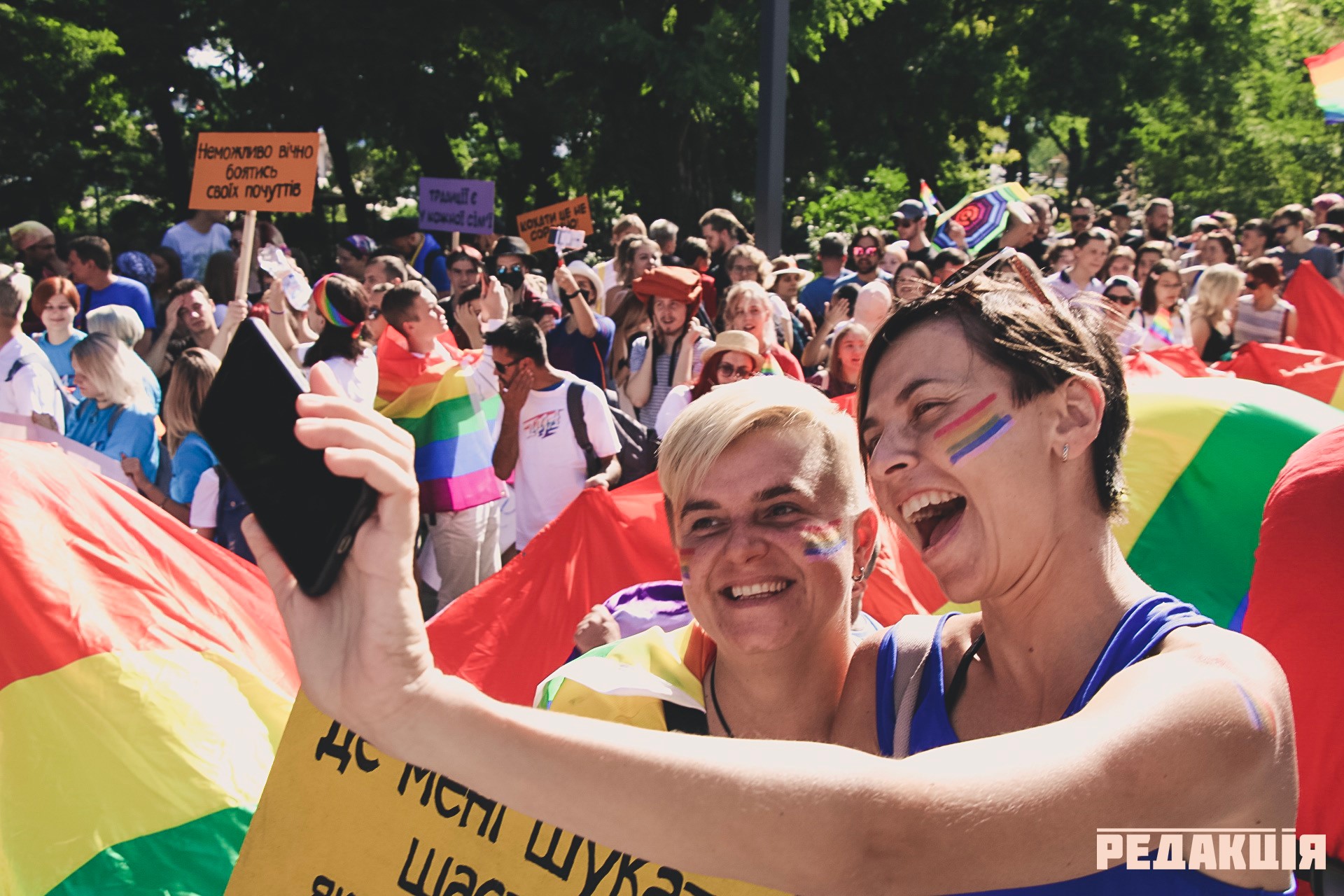 The 4thPride march took place in Odessa on August 31, 2019. It has come a long way since the total ban in 2015; This year it took place in the open with little police protection. A transformation that kept organisers….happy.

Olena, it was a bold move to organise an “open” Pride March. Were you nervous?

The open march was definitely a change from previous years, when the Pride marches were held behind police fences, with a strict separation between us and the public. This was necessary for our protection but it also gave a very negative image of us needing to be separated and protected. Opponents also used this to claim that we were occupying the public space and shutting other people out so it had always been our intention to change this as soon as possible. 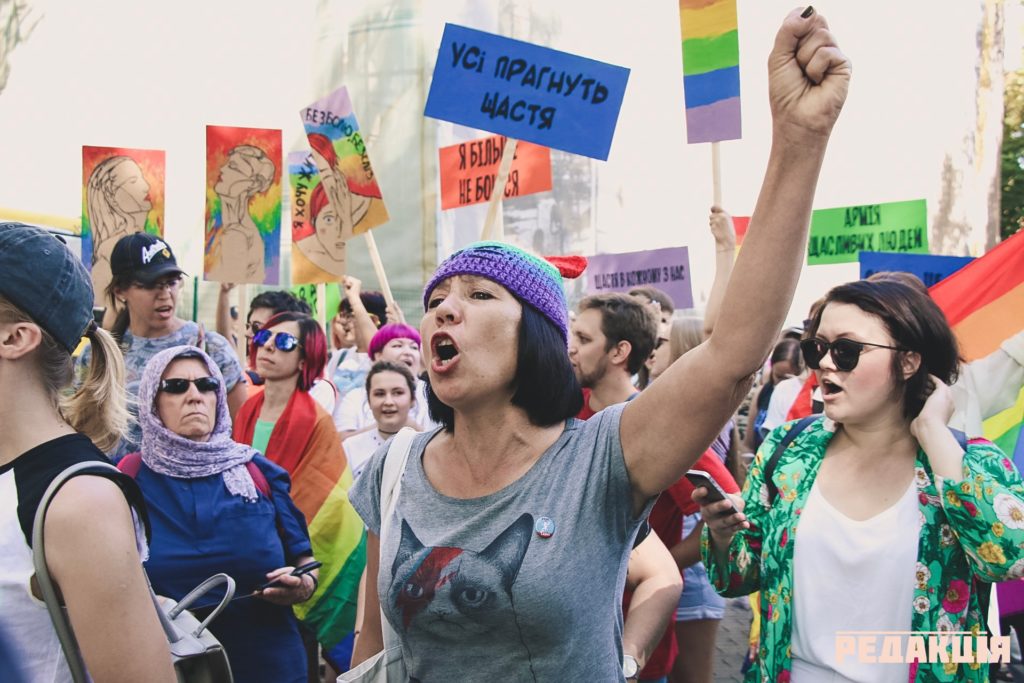 This year, we had strategic discussions with local authorities, police forces and far-right movements and we were given guarantees that protection was going to be effective even with an open march, with no separation between the marchers and the public. Having said that, we did of course provide a thorough security brief to all participants.

So was there any conflict with the public?

Conflict yes, but not clashes. Our march met several counter-demonstrations, but police forces ensured we could continue our march and while both protestors and ourselves hurled slogans at each other, there was no physical violence. We advocate for freedom of expression, so there is nothing wrong with verbal confrontation. At the end of the day, our voice was louder than theirs, and in any case more joyful. 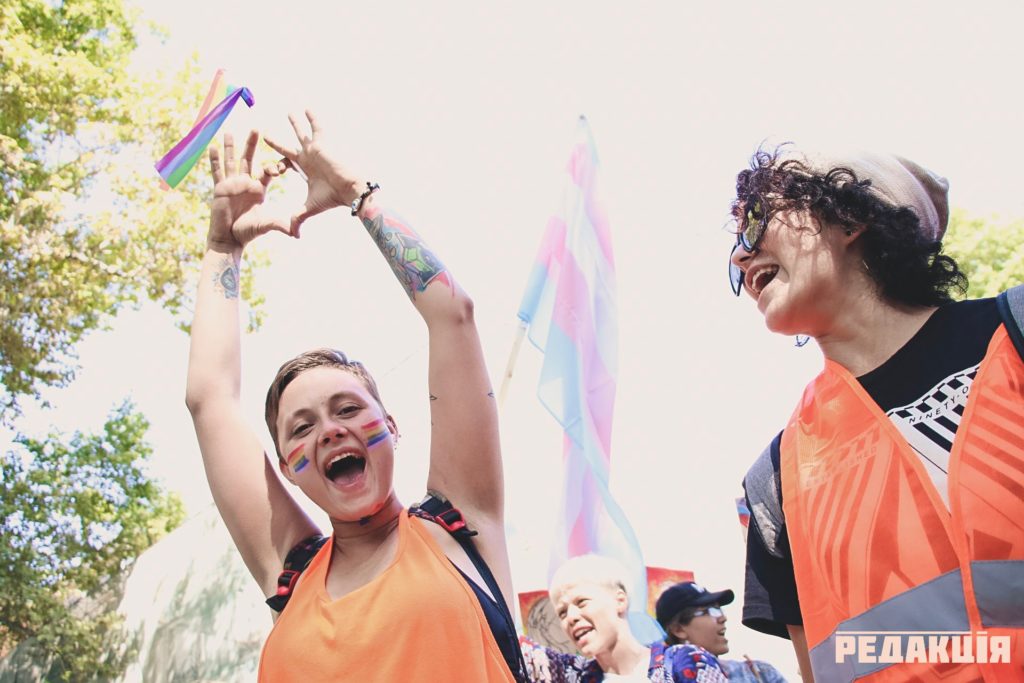 Talking about joy, this was the way the march was framed, right?

We have always wanted to break away from a position of victims and make people want to be with us rather than pity us. Empathy will always be more effective than sympathy to get people to support us.

When the motto of the march was up for discussion, the organisation’s communication team was working jointly on the online course “Changing Hearts and Minds” on the sogicampaigns.org platform. This inspired us to brainstorm about our own values, and then what we wanted to hear from others. For each item that appeared under both headings we engaged in a discussion on its effectiveness. This led us to drop some of the items, for example “Freedom” which we found too worn out and clichéd. “Happiness” met with unanimous excitement! 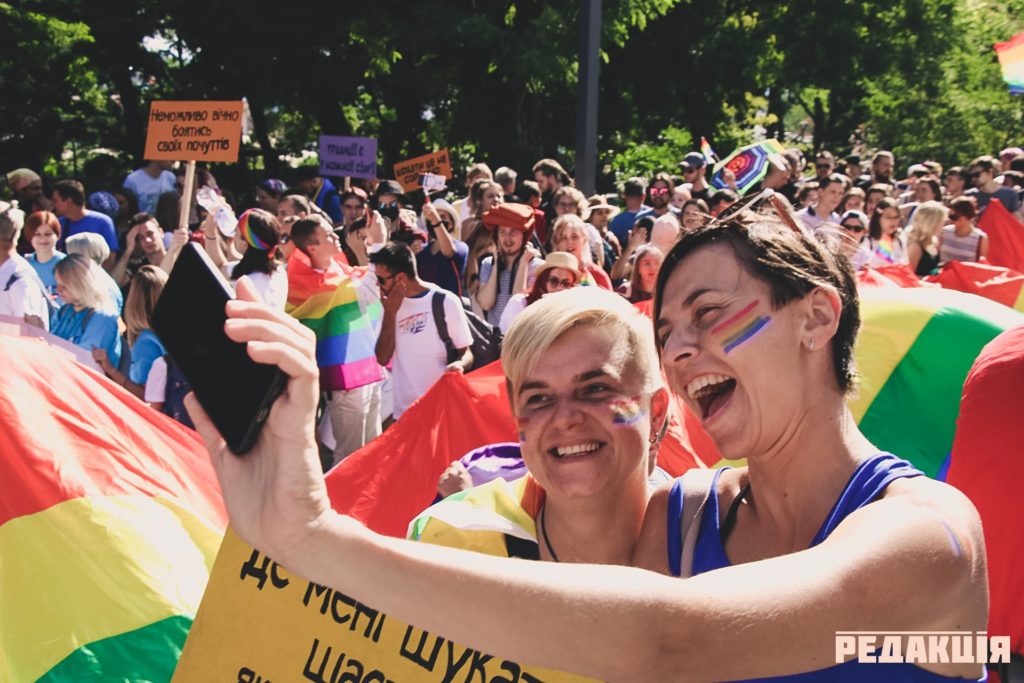 So the slogan was?

“Happy People (make) Happy Cities”.And a lot of people loved it. The media enthusiastically engaged with the slogan. It was a very good “hook” to talk about what kind of city, and country, we want to build. Not just us, also the people we were targeting, the “moveable middle” which we aim at rallying to our cause. These people clearly aspire to more happiness and generally have the feeling the country is not happy enough. So we definitely hit a soft spot in their aspirations.

As for our opponents, the slogan made it look like they were against happiness, that they were sad and depressing. Bad for them.

A good sign of the success of the happiness frame was that we got more support from businesses in the entertainment sector than ever before. A very prominent bar and restaurant owner supported us and our call for happiness by promising free Prosecco in his bar for Pride supporters. Over 1,000 people went for the offer, which probably exceeded his expectations !! (smile)

Do you envision keeping this focus in future?

We will now investigate further how various groups relate to this frame. In general, we will meet with the people who supported us very actively, like the “Prosecco” bar owner, and we will investigate the reasons of their support. Often we think we know why people support us but it’s actually not that simple. It’s worth looking into this in more detail, in order to find out the motivational factors over which we will be able to develop our outreach strategy further.

So basically now: monitoring, research and investigation. And a bit of rest, please !!