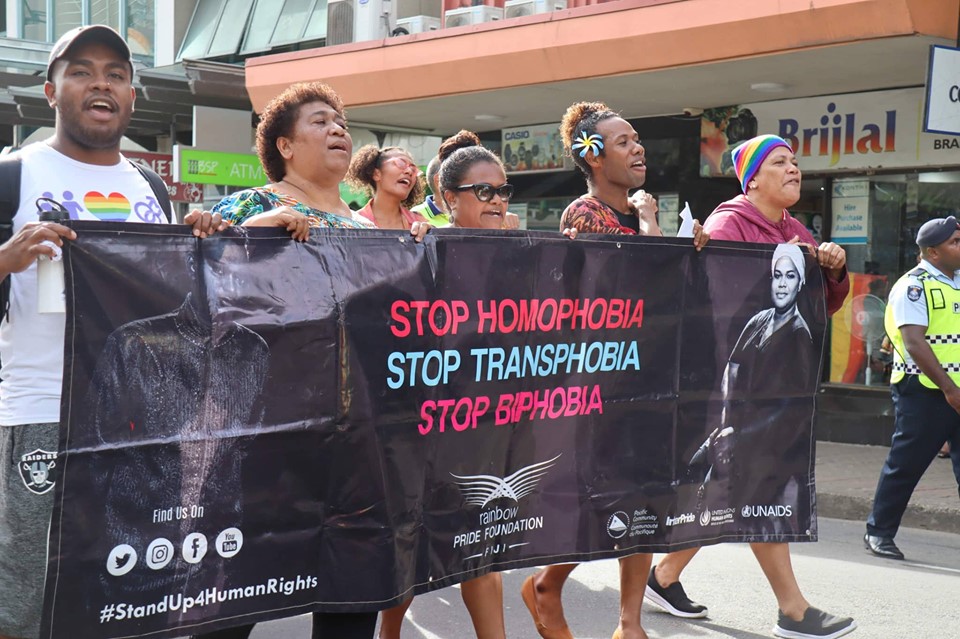 Staying on Track in Fiji

An essential element of a campaign strategy is to be able to keep control of your agenda and not let opponents sidetrack you onto their own.

How can such a resistance take shape?

An interview with Isikeli Tumaiwakaya Vulavou of the Rainbow Pride Foundation Fiji sheds light on this aspect.

Isikeli, 2019 is a historic year for your movement as permission for a Pride March in the capital city Suva has been granted for the first time.

Indeed, we had previously applied many times and finally this year the permit was granted for the march to take place on 17thMay which is the International Day Against Homophobia, Biphobia,  and Transphobia (IDAHOBIT). This was unexpected as it followed a refusal to allow the Trade Union Congress to march. Only days earlier the Prime Minister had restated his firm condemnation of Marriage Equality so it seems unlikely that the Pride March permit was a simple ‘pinkwashing’ operation. It is more likely that we got the permit as a result of our ongoing talks with the police authorities to investigate the murders of two LGBTQ people. One of these murders was committed in 2017 on the IDAHOBIT itself.

Although we are of course happy that we were allowed to march, it’s sad that it is set against the background of continued restriction for Civil Society expression spaces. 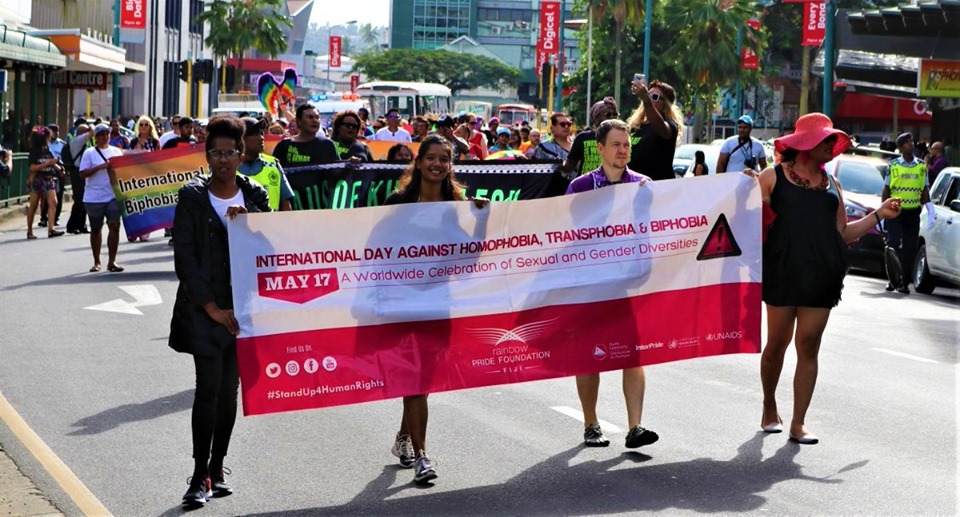 You mentioned Marriage Equality. How does the global debate on same-sex marriage impact the movement in Fiji?

Here, marriage is clearly not a priority and while obviously we support it, we do not actively campaign for it. The problem is that our opponents continuously refer to marriage as if it was our “hidden agenda”, or to confirm the belief in a “slippery slope” that would take Fiji towards same-sex marriage if any other rights were granted. This is a big concern for us. The only response we can provide is to constantly stay on track with our own agenda: the fight against stigma and discrimination and the struggle for social services and safety, especially for children whose own families are often perpetrators of violence and discrimination.

We do what we can to avoid the debate on marriage. We don’t publicly celebrate marriage victories as happens in Taiwan. We rather focus our public messaging on cases like Brunei, which underline the necessity of fighting violence.

As much of the anti-marriage narrative is faith-based, we work with the religious denominations which are present in Fiji to mainstream religious values such as empathy, humanity and to support the marginalised communities in order to change the narrative. We are making real headway in this, even participating in the Catholic Synod’s discussions on their official strategies. 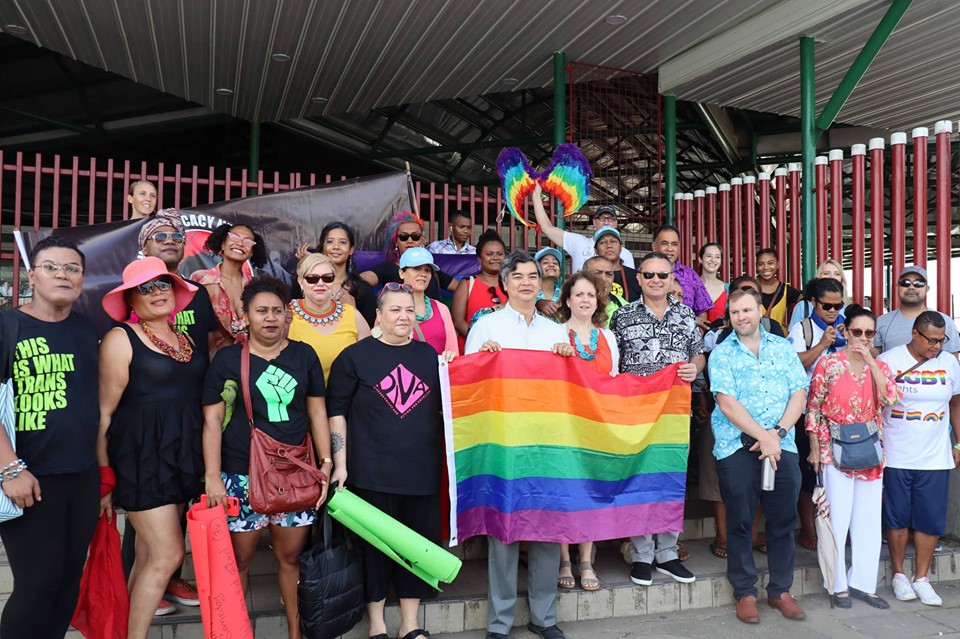 You are also developing a strong “aRtivism” programme. What does this mean?

Culture is a fundamental part of people’s lives here, but members of the LGBTQ community often do not participate in these events for fear of rejection. Even I myself find it difficult to engage in cultural events when I go back to my village. But this is a mistake because participating in local cultural activities helps people recognise you as a full member of the community. It makes them acknowledge your presence within the community and shows your appreciation of being part of it. Sometimes LGBTQ people are perceived as intrinsically different. Encouraging this participation is a way to deconstruct this myth.

So, it’s a different approach to some of the “aRtivism” in other places which rather aims to promote a specific LGBTQ culture. This is of course great in some contexts but here we focus more on integrating LGBTQ people into mainstream culture, much like it happens in the Polynesian part of the Pacific. There, gender variant people (sometimes referred to a Fa’afafine) are part of traditional culture. Here in the Melanesian part we would like to see Transgender women  equally taking part in traditional dances or beauty pageants simply as women.