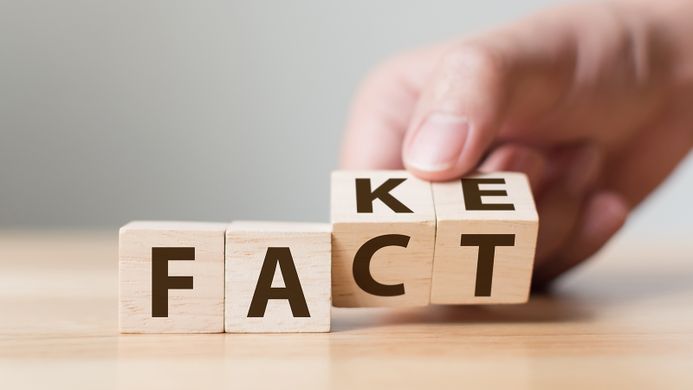 Fake news, real damage – How fake news been has used against LGBT people

Think about the first time you heard the term ‘fake news’ – most likely it was uttered by Donald Trump, during his run for President in 2016. But although the term was new to most people even two years ago, the concept is painfully familiar to the LGBT community; after all, many grew up hearing nasty, whispered rumours from schoolmates, or reading lies about LGBT issues in the media every time LGBT rights were ‘debated’.

But fake news – or disinformation – is now on the rise, super-charged by social media and weaponised by authoritarian leaders and the far right worldwide. And unfortunately, it’s starting to become clear that the LGBT community – along with other minority groups  – are one of the main targets. Now more than ever, we need to know why and for what purpose.

The disappointing result of Taiwan’s recent equal marriage referendum shows how – first and foremost – fake news is used to undermine the fight for LGBT rights. This has always been the case of course. Whenever progress tries to take a step forward, there are those whose aim is to spread lies about the LGBT community. They would be laughable if they weren’t so damaging.

Even when progress is made, and seemingly secured, fake news continues – perpetrated by those who want to roll back equality, which is rarely a one way street.

But while attacks on LGBT people are often the means and end to fake news stories, in more and more cases they are a proxy in a broader struggle to drive polarisation and stoke fears about progressive politics. LGBT people are cast as scapegoats, to try and build support for the far right or authoritarian leaders.

Just look at the recent Brazilian election, which saw a far-right former military officer win the Presidency. Fake news, spread through WhatsApp in particular, played a major role in the outcome. And one of the main stories spread by Bolsonaro’s side, was that his opponent had ordered the distribution of “gay kits” to schoolchildren to turn them homosexual. This was a reference to an actual proposal by Haddad’s Workers’ Party to launch a “Brazil without homophobia” programme in schools, part of which involved distributing anti-discrimination materials to teachers.

If we are now living in the age of populism, unfortunately Brazil marks a worrying harbinger of what’s to come. We can expect more of this in national elections – and progressives need to prepare accordingly.

And we can expect more at an international level. Because increasingly, fake news about LGBT people is used by authoritarian regimes on the chessboard of international diplomacy. A pink curtain is descending across the world, dividing support for LGBT rights (and liberal democracy) on the one hand, and reactionary authoritarians like Putin and Erdogan on the other. They demonise homosexuality and portray it as symbolic of a corrupt, immoral West. Internationally therefore, fake news about LGBT people is used to fan anti-gay hatred and deploy it to undermine ideas of universal human rights, and build alliances that can push back against Western influence.

Fake news is not new. Nor are lies and misinformation against LGBT people. But that does not mean we are facing ‘business as usual’. Too often the LGBT community is the canary in the coalmine – often, it is LGBT people who suffer first when politics takes a new and dangerous turn. Now is no exception. Fake news is being weaponised, and LGBT people are directly in the firing line.

« Fight back ! Why LGBTI organisations have to join the fight against fake news
Old and New Power – Distributed action in modern times »